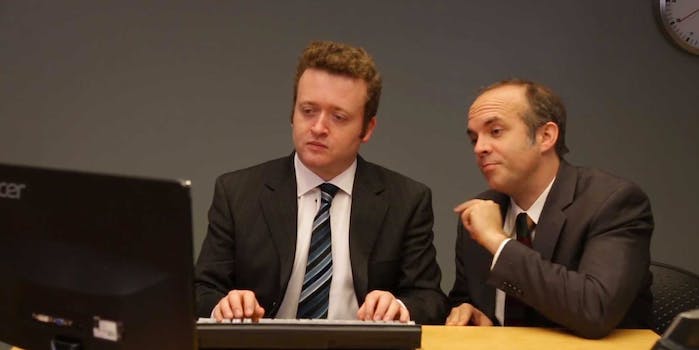 What happens when none of the password security questions apply to you?

Authenticating your identity has never been quite this frustrating.

Forgetting a password and getting locked out of your online accounts is one of the most needling annoyances in the developed world, which is why we’re always grateful for the chance to set up personalized security questions—it saves you the trouble of trying to hack back in.

But the questions offered do tend to assume a certain life experience: What if you grew up on more than one street, or don’t know your mother’s maiden name because you were an orphan adopted by a single father, or have an astrological sign that was only just invented?

Thanks to a UCB Comedy sketch written and acted by improv legends Neil Casey and Will Hines, originally featured in their stage show Small Men, you can now live that weird, white-collar nightmare. The deeper an IT pro digs into a new employee’s backstory, the less compatible he seems with the company’s computer system.