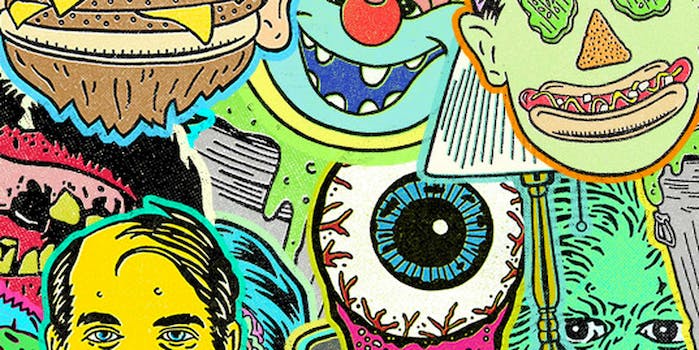 Passweird generates passwords so gross, you won’t want to use them

We sincerely hope you’re not using passwords like “123456” or, god forbid, “password,” in your day-to-day Internet surfing. Ideally, you’ve come up with a few exceedingly strange alphanumeric clusters to thwart hackers and identity thieves. But what if you want to add another layer of security—one that’s filthy, grotesque, stomach-turning, and downright squirm-inducing? In that case, you’ve got to check out Passweird.

A service devised by designers Cody Peterson and Matt Carlson, Passweird is a bottomless trove of leetspeak-infused allusions to the foulest parts and possibilities of human anatomy, terms “so utterly repulsive that not even the most hardened criminal, identity thief, NSA agent, or jealous boyfriend” would never want to use them. If you can type one without losing your lunch, bravo—have you considered working for a traveling freak show? 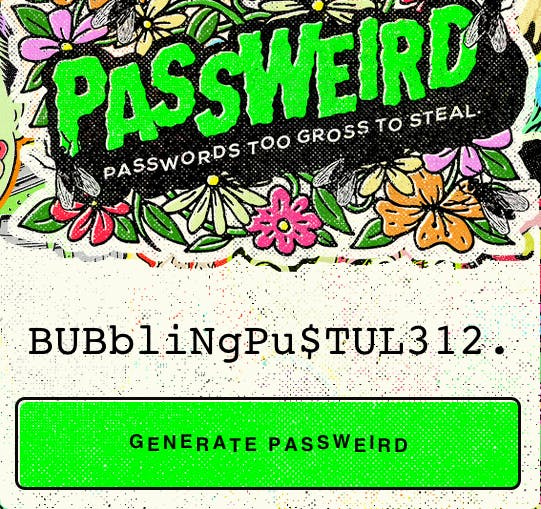 A disclaimer on the site does note that the passwords are “secure-ish” at best and not intended for actual use. In general, it’s true that you’d do better to make up your own disgusting phrase, but could you really top the Cronenberg-like horror of “wriThIngoRiFic3;142,” or the logistical nightmare of “pO0pYeArh4iR%125,” to say nothing of the olfactory masterstroke that is “BuRNTB0OGeR$1~2”? I didn’t think so. (Nobody use “StiNkYv0ID$54.3,” that one’s mine.)

Now if you’ll excuse me, I have to dip my keyboard in bleach.