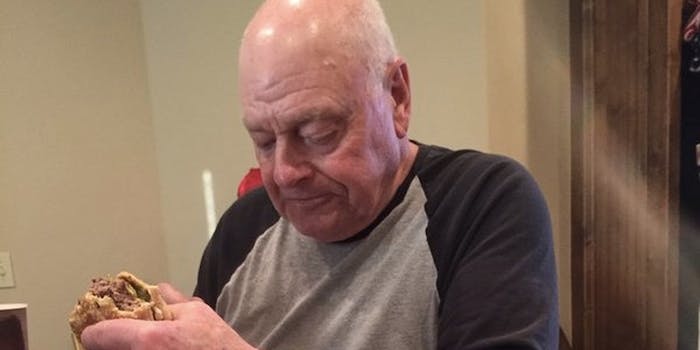 Papaw, the sad grandfather who made hamburgers, is actually doing OK

Papaw made 12 hamburgers, and only Kelsey showed up. :(

Papaw goes through all the trouble of making a dozen burgers for his half-dozen grandkids, and what happens? Only Kelsey shows up. She is the good one who likes hamburgers. The rest of those kids are ungrateful deadbeats.

GUYS DON'T WORRY!!!! I CAME TO PAPAWS HOUSE AND AM HAVING A BURGER!!!!!!! pic.twitter.com/2EHVllGG2U

You are a good boy, Brock. You did the right thing and everyone is proud.