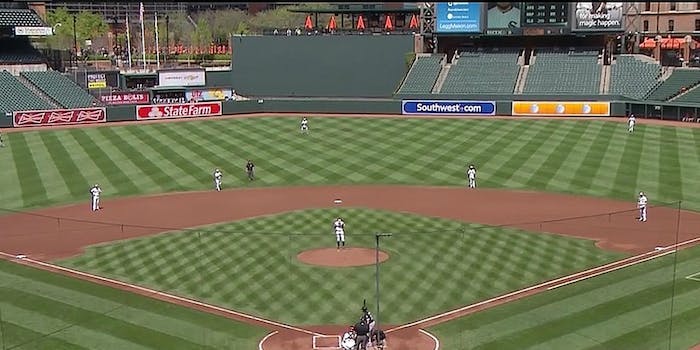 Scenes from a historic, surreal afternoon.

If you were watching the Baltimore Orioles face off against the Chicago White Sox on TV or on MLB‘s livestream on Wednesday—and let’s face it, if you actually watched the game live, you had no other choice—you saw something historic. For the first time in Major League Baseball history, a game was played in front of an empty stadium.

Yes, all 361 press box spots were taken and a few scouts found their way into the stadium, but there wasn’t a single fan in the crowd. That’s because, with the Baltimore riots wreaking havoc on the city, the league and the teams decided on Tuesday to play an afternoon baseball game game but wouldn’t allow any fan into Camden Yards to watch it.

Here was the official announcement…

…And the pregame official attendance mark.

This is what it looked like when the home team took the field.

Interesting that there were no fans, but the music was still blaring over the PA.

The prior lowest attendance record for a Major League game came when six fans wandered into a Worcester Ruby Legs-Troy Trojans contest in 1882. In recent times, during a 2011 Reds-Marlins game a few days before Hurricane Irene was to make landfall in south Florida, an unofficial count of 347 fans took in that tilt.

But the game Wednesday was, for better or worse, historic. Here are a few shots captured from the contest.

If a tree falls in the woods and no one is around to hear it, does it make a sound? pic.twitter.com/D7MhftvoZ6 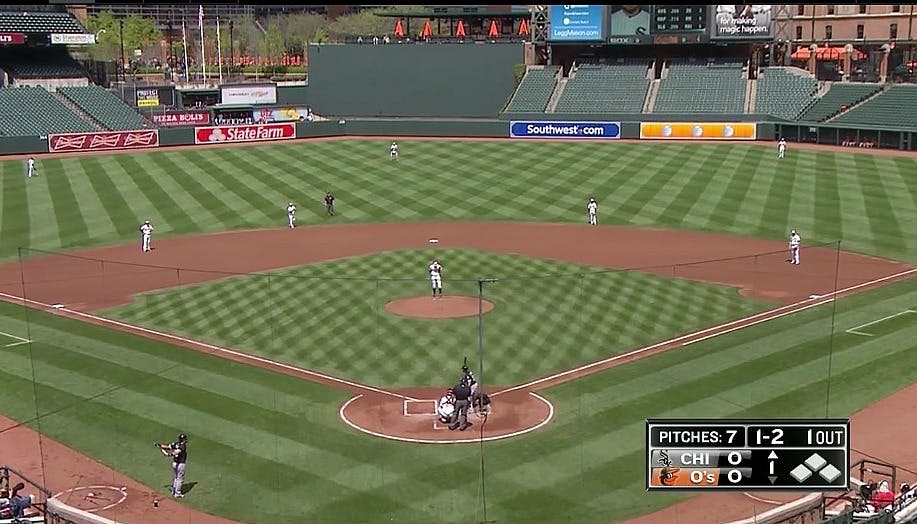 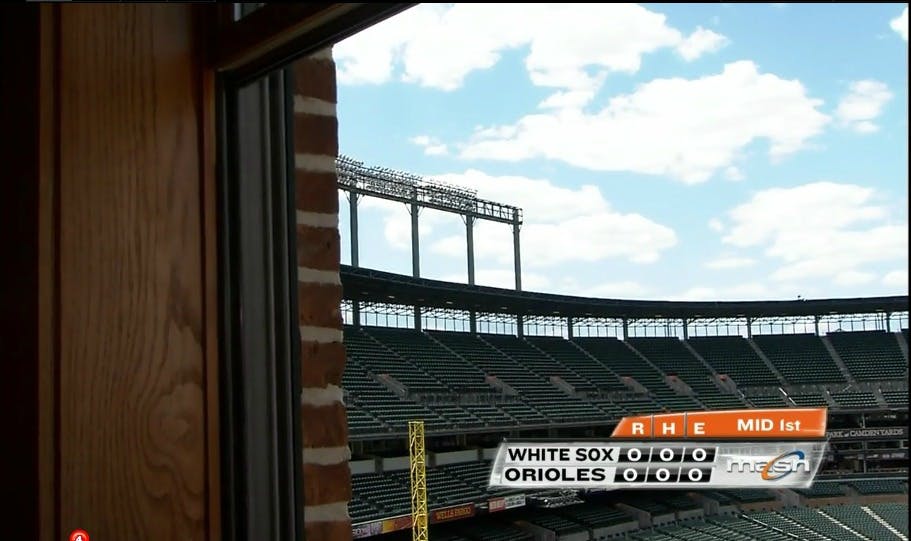 Unfortunately for fans, this was as close as they would get to watching the game in person. 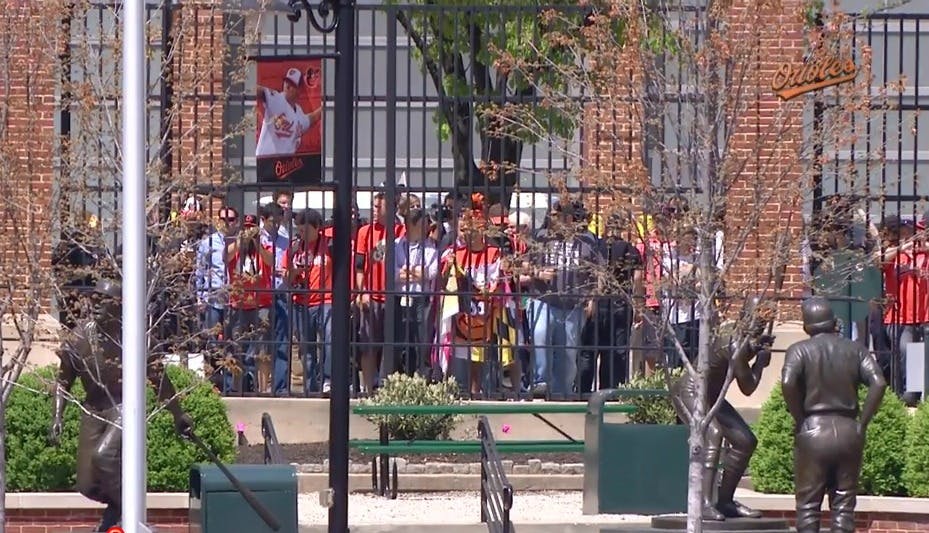 another gathering of #Orioles fans watching from across the street @1057TheFan pic.twitter.com/HKyNCjgyAd

Still, they still managed to chant “Let’s Go, O’s” when the Orioles loaded the bases with nobody out in the first inning, and after Chris Davis hit a three-run home run later in the frame (punctuated by announcer Gary Thorne’s “GOODBYE” call), those supporters went crazy.

Chuckle in the press booth as Chris Davis homers and you can hear lone "Goodbye!" in a truly awesomely bizarre scene #Orioles #Baltimore

In all, it appeared that the Orioles were prepared for a good day and a good win.

Yet, Wednesday’s game in Baltimore gave no other team an excuse for its attendance woes.