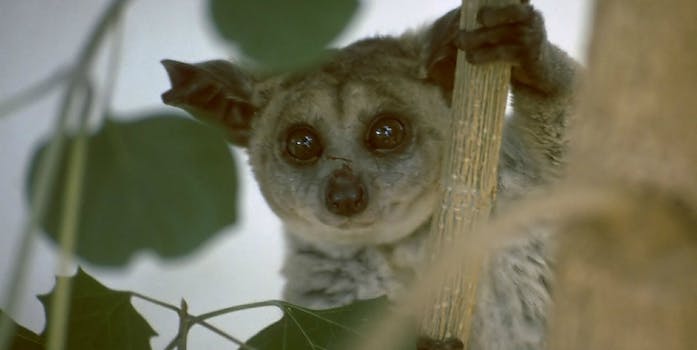 We’ve already discussed the fact that galagos, aka bush babies, have a certain clever shyness about them, but that doesn’t mean they make good gifts in lieu of payment to prostitutes.

A former pet store owner from Eugene, Oregon, has discovered that the hard way.

Oregon police have accused Nathan McClain, the former owner of the Zany Zoo Pet Store, of stealing a galago from his own store in order to tip an escort. The woman told police that McClain also tipped her with Girl Scout money from the pet store.

Police said the thefts were reported on March 1 and March 6, and the prostitute was discovered with the galago—which is illegal to own without a license in Oregon—on March 17.

Soon after, investigators determined that he was the prostitute’s client. He was later arrested again for soliciting a prostitute.

As for Zany Zoo Pets, this is what it posted on its Facebook page.

For now, the galago is in protective custody where it has apparently been munching on some food.

Oh, and the bush baby’s name? We swear we’re not making this up: Gooey.