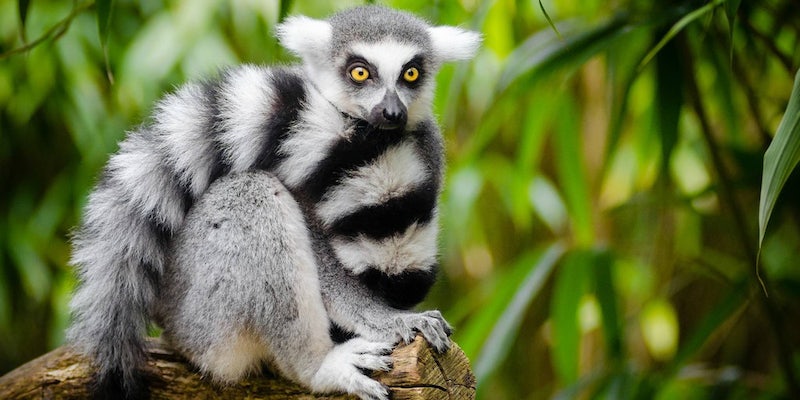 Lemur demands back-scratch from children, refuses to let them stop

You've got to be careful around lemurs.

In the animal kingdom, lemurs are known as the kind of primates that will take a little bit of charity from a kind soul and then milk that goodwill until there is no more to give. There’s a reason, after all, that the phrase “Give a lemur an inch, and that goddamn lemur will take the entire mile” is such a mainstay in our vocabulary.

While lemurs often try to hide behind the personality traits of their cousins—the easygoing charm of monkeys, the clever shyness of galagos, and the wide-eyed curiosity of lorises—we know better, don’t we? Lemurs are moochers, and once you start giving, the lemur will keep on taking.

Case in point: the case of the endless back-scratching.

Yes, lemurs have hands that can reach that itchy spot—you can see how the lemur in the video keeps touching where he or she wants to be massaged—but either the animal’s fingernails aren’t long enough to produce a satisfactory scratch or it’s just too damn lazy to bother.

Unlike its cousin the tarsier, lemurs have no work ethic. They’re lazy, especially when it comes to relieving themselves of a burdensome discomfort. So, be forewarned. Once you start scratching a lemur, assuming you have talent in your fingers, he’ll probably never let you stop.