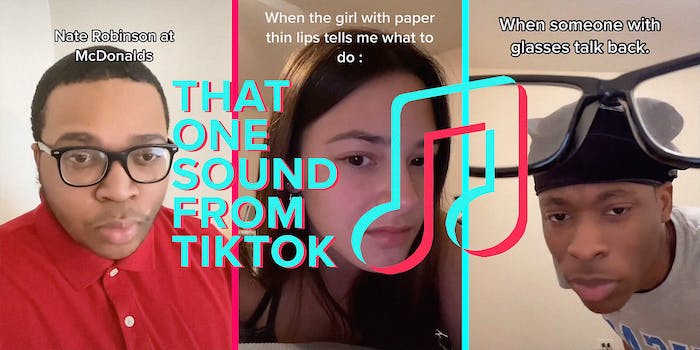 That One Sound: ‘Or what?’ evolved as a challenge on TikTok

A joke about Nate Robinson and Jake Paul became a TikTok threat.

Look into the origins of another TikTok sound? …Or what?

This week, we explore a relatively new TikTok sound—one that originated on the app—which has been distilled into a two-word challenge.

The sound is fairly simple: It starts off with some dramatic music, and then someone says, “Or what?” Everyone knows what this question means in context, but the sound is so well-paced and scored that I assumed it was perhaps from a movie.

On TikTok, it has been used in bold and inventive ways: One viral example from last month addressed being asked to do chores during Black History Month.

It got some use during WandaVision.

And everyone knows if you tell someone not to do something, that usually makes them want to do it more.

The sound comes from a 2020 TikTok by Tra Rags. The original video is much longer, and is an imagined conversation between a McDonald’s employee and former NBA player Nate Robinson. The TikTok was posted Nov. 29, right after Robinson boxed former YouTuber Jake Paul—despite no prior boxing experience—and got knocked out in the second round, birthing hundreds of memes and the #naterobinsonchallenge trend. A few months before the fight, Paul claimed he hadn’t been working out and was eating McDonald’s, and that he would still knock Robinson out in one round.

In the original audio, which has been used in more than 29,000 TikToks, Robinson orders a Big Mac and the McDonald’s employee pauses when he recognizes him, then says, “Or what?” He taunts a confused Robinson, poised to potentially fight him.

Other portions of his TikTok have been used too.

We reached out to Tra Rags for comment. While the sound has been applied mostly to specific or relatable situations, there is something existential about the “Or what?” trend right now, and it’s especially applicable to all the people saying it’s time to “get back to normal.”