Yeah that's against the rules.

Ohio State’s Braxton Miller is not having the sort of stellar college football career he once imagined.

The former Big-10 Freshman of the Year was sidelined for the team’s entire 2014 championship season, but vowed to return as a fifth-year senior for the Buckeyes’ upcoming schedule. Standing in the way of Miller’s return to glory is Cardale Jones, the third-string quarterback who led the team to its top ranking.

Of greater significance, a foolish post to Instagram looms as an even larger obstacle to not only the coming college football season, but to Miller’s NCAA standing as a student athlete. Miller posted a photo on Instagram that represents a tacit endorsement for AdvoCare nutrition products. The image, since taken down, shows Miller sitting next to a stack of Authentik Fitness supplements. The description reads: “BraxtonMiller92 Me and the homie @brandonoshodin and @authentikfitess on a mission.” Brandon Oshodin is the owner of Authentix Fitness, a division of AdvoCare. The post had more than 3,500 likes before it was removed. 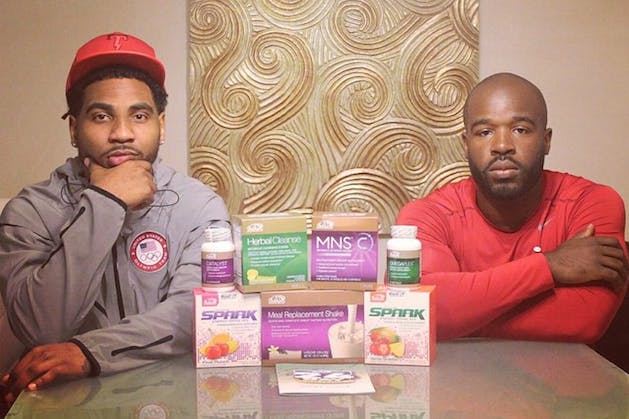 Even if the rules for paid endorsements or sponsorships are vague, a reporter from Bleacher Report discovered a specific set of guidelines from the NCAA related to AdvoCare products. The rule states that athletes are not allowed to use photos of themselves with AdvoCare products on any social media site. Unfortunately for Miller the governing body of college sports has him dead to rights.

None of this means Miller will be suspended or punished in any way, but the transgression puts Urban Meyer and Ohio State’s brass in a delicate, no-win situation. For Miller, being suspended from the school’s football program would be disastrous. Given he sat out last season with a torn ACL, and did not participate in the recent NFL Draft combine, his chances of being picked up by an NFL team are remote. Like Warren Moon and Joe Theismann, Miller could go the Canadian Football League route or try and hook up with a semipro team. NFL Europe, once an option for players who were not selected in the draft, is off the table—the league folded in 2007.

Photo via Adam Glanzman/Flickr (CC BY 2.0)