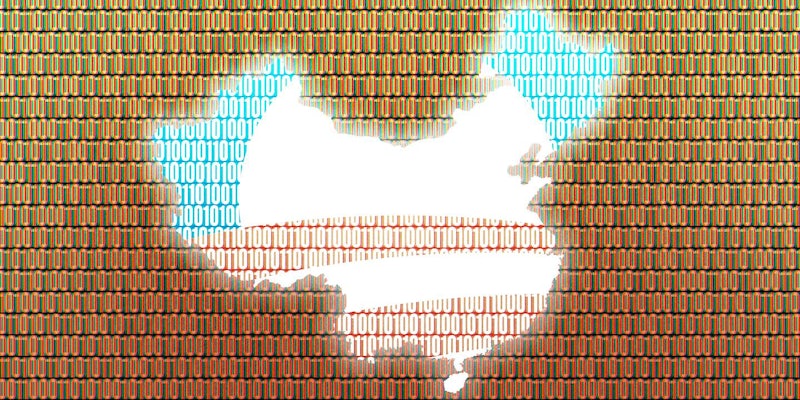 The deal represents the first breaking point in what has been a steely barrier between the U.S. and China.

The U.S. and China finally reached an agreement last week over the ongoing cyberwar between the two nations. Alongside agreeing that neither will be the first to use a hack to destabilize vital infrastructure, President Barack Obama and his Chinese counterpart Xi Jinping made a firm agreement to neither support nor allow economic espionage—the hacking of private companies to steal patents or learn about inner company workings.

The deal is an important milestone in the international cyber conflict that has been deservedly compared to the Cold War—primarily because it features China and Russia working against U.S. interests each in service of their own strategic gains. While China may be retreating from the economic espionage it has used for economic gains, it is also pursuing more nefarious defense interests—such as building a database of American federal workers for the purposes of spy recruitment and even blackmail.

Russia has been just as aggressive, if not more so, than the Chinese at breaching American institutions in both the private and public sectors, but seems more aimed at threatening the financial and governmental infrastructure of the United States.. Hackers from within Russia have entered the servers of JPMorgan, the NASDAQ, and even the White House and the State Department. Russians have stolen billions of usernames and passwords, and have become such a public nuisance the Federal Trade Commission has its own Q&A for consumers.

This deal represents the first breaking point in what has thus far been a steely barrier that has separated the U.S., the most popular target of such international attacks, and China, one of the largest actors. Much like Richard Nixon’s normalization of diplomatic relations with China in 1972, however, the deal also shoots a direct signal to the other corner of this tripolar conflict. While it doesn’t crack the kind of bloc communism represented during the Cold War, this treaty does create a foundation on which future negotiations with state actors can be built.

In contrast to Xi Jinping last week, Russia has been chilly at best in discussing these hacks the few times it has bothered to give a statement. One aide to Vladimir Putin told Kremlin mouthpiece Russia Today, “We know that blaming everything on Russia has already turned into some sort of sport.” They’ve gone on to accuse the American government of being paranoid, suggesting they start “searching for Russian submarines in the Potomac River.” This is after Russian security firm iB Group condemned Russian authorities for their complacency in enforcing their own cybersecurity laws.

Up until last week, Russia and China had been waging a simultaneous—though not synchronized—cyber assault on two fronts against the United States. The two countries even went so far as to sign their own deal last May to never hack the agencies of one another and establish a line of communication between Moscow and Beijing on ongoing cyberthreats—a deal threatened by recent reports of spear-phishing attacks against Russian military officials originating from China. With the agreement made between Obama and Xi, however, the U.S. opened up a new realm of negotiations that could reflect on a number of foreign policy issues.

If that sounds familiar, it’s because Obama is mirroring the goals of Richard Nixon and then-National Security Adviser Henry Kissinger in that president’s historic 1972 visit to China. After World War II and the Chinese civil war that thrust communist peasant Mao Zedong into power, the U.S. and China existed on far rougher diplomatic seas than we see today.

What Nixon and Kissinger sought in opening up a diplomatic relationship with China—the largest communist state—was not just “détente,” the now-famous phrase for de-escalation of tensions and conflict. Much like the cybersecurity deal signed last week, it was also meant to send a signal to then-Soviet Russia that the Iron Curtain was not so impenetrable. Winston Lord, a staffer for the National Security Council and traveling companion of Nixon’s on his trip to China, wrote that “an opening to China would give us more flexibility on the world scene generally…by opening relations with China we would catch Russia’s attention and get more leverage on them through playing this obvious China card.”

By beginning the conversation on cybersecurity with China, the U.S. should be able to manage the Russian threat from a much better vantage point. As the Council on Foreign Relations (CFR) writes in its official analysis of the deal, “[T]he United States is no longer the lone normative voice in the economic espionage wilderness.” According to the CFR, this deal “gives the United States leverage in raising the norm against economic espionage in other diplomatic contexts, including trade negotiations, regional and bilateral cooperation on cybersecurity, and further UN talks about norms of state behavior in cyberspace.”

Last week’s China deal could become a tiny pinhole of a leak in what has become dangerously close to looking like a digital Cold War. Cyberwar is less of an existential threat to international interests and more of an existential reality. The frequency of attacks against the U.S. by both China and Russia should represent a newfound crisis for American companies and our national security. By attempting to balance a peace with China, tempered hopes should feel safe to embrace the same with Russia.