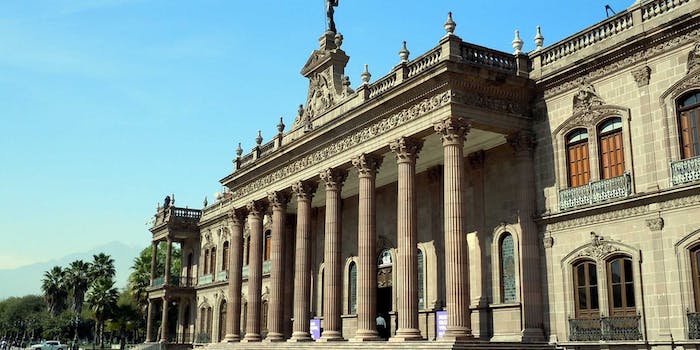 But free speech advocates spoke up on Twitter to express their concerns that the measure is too harsh.

Residents of the Mexican state of Nuevo León may want to think twice before posting something mean or catty on Facebook. It could land them in jail for three years.

Last week, Nuevo León lawmakers voted to amend an already strict defamation statute to include postings on social media sites that cause “harm, dishonor, discredit to a person, or exposes him or her to contempt.” It’s an expansion aimed at cracking down on the problem of cyberbullying, but because it still carries the weight of a felony defamation charge, it could land violators in prison for a long time.

According to SDP Noticias, a Mexican news site, the penalty increases to up to five years of jail time if the victim is a minor. The proposed law would also require that websites hosting the defamatory content reveal the identity of the person violating the law or otherwise face sanctions.

The measure has drawn sharp criticism from free speech advocates in Mexico and around the world. On Twitter, Spanish language users took up the hashtag #MurióLaLibertadDeExpresiónEnNL, which translates to “freedom of speech died in NL (Nuevo León).”

Twitter user @BabuinoArt called the new law a form of censorship, while @Estefaniavllrl said it was redundant, given that Nuevo León already has anti-cyberbullying laws on the books. Twitter users associated with Anonymous were quick to offer up solutions for getting around the new law.

“Very easy to evade that law,” tweeted @Ibero_Anon. “Use Tor or VPN with fake identity and country. Problem solved.”

“[The bill] fails to comply with the international duties Mexico has to protect freedom of speech,” reads a statement from Article 19, a global free speech advocacy group. It continues:

“[It goes] against international recommendations to decriminalize so-called offenses against honor as crimes because this restricts freedom of expressing, opinion, and information.”

This new statute comes at a time when lawmakers across the globe are struggling to find the balance between protecting online speech and the victims of cyberbullying. Though no U.S. law comes with as stiff a penalty, 49 states have some sort of anti-bullying law on the books—many of which include specific provisions related to online harassment.

With headline after headline about teens who’ve killed themselves after being the victims of often vicious online attacks, proponents of cyberbullying legislation say they are critical measures. As cyberbullying expert Parry Aftab told The Village Voice last year:

“You need something that criminalizes activity that needs to be criminalized.”

But not all the cyberbullying advocates agree on this point. Justin Patchin is a criminologist and one of the researchers behind the Cyberbullying Research Center. In his many lectures and writings on the subject, Patchin says that most acts of cyberbullying are acts of ingrained juvenile social behavior that are best dealt with outside the criminal justice system.

“The vast majority of these cases can and should be dealt with informally in schools with parents,” Patchin told The Guardian several years ago. “Once we start criminalising minor forms of bullying and cyberbullying, that’s really going to draw too many kids into the criminal justice system.”