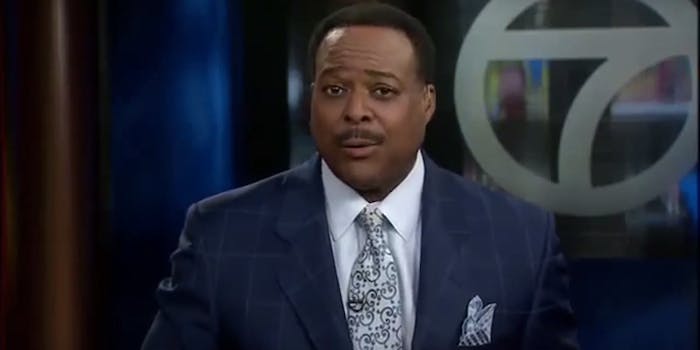 Forget Hillary Clinton—2016 is all about Deez Nuts.

The candidate, who registered as an Independent from Iowa (and turned out to be a 15-year-old farm boy), is gaining national attention as well as significant support in the polls. Leon Harris from ABC 7 News had the honor of sharing the latest numbers from North Carolina, which showed possible future leader of the free world Deez Nuts raking in 9 percent of the vote—and he did it with complete seriousness. You can hear someone in the background saying “Oh no,” but Harris’s poker face is totally stoic.

Deez Nuts is also polling well in Minnesota. We’ve made it, guys—memes have finally entered mainstream politics. What could possibly go wrong?