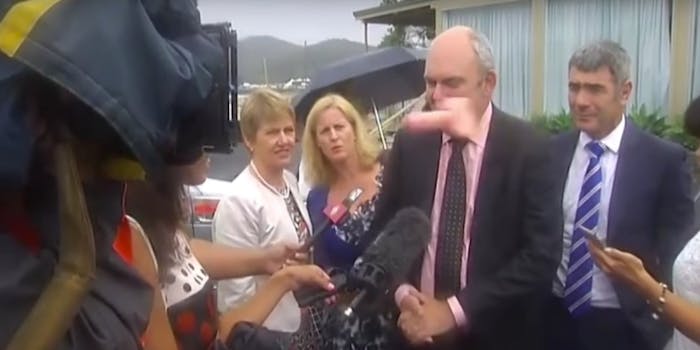 Thus far, Joyce has yet to comment on its fate, only mentioning the incident in passing on Twitter.

And possibly trying to get a little free promotion:

Someone send the gif over to John Oliver so we can get it over with..

There has likewise been no word on whether or not Josie Butler, the woman who threw the perfectly good rubber dick, has asked for its return, or if she just plans to buy a new one. She was said to be protesting something or other.