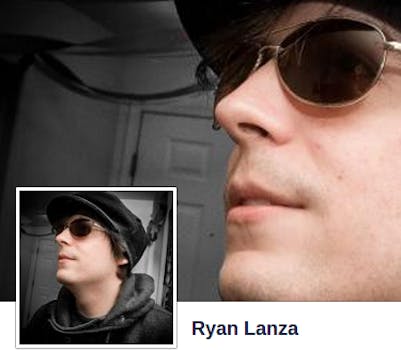 The interview with Ryan Lanza, brother of Newtown, Conn., killer Adam Lanza, seemed like a blockbuster exclusive for The New York Post. Unfortunately it was all a hoax.

It seemed like a blockbuster exclusive: The New York Post had landed the first interview with Ryan Lanza, brother of the Connecticut man who murdered 26 people—including 20 children—at Sandy Hook Elementary School on Dec. 14.

“I am a victim,” Lanza supposedly told The Post on Saturday via Facebook chat. “I loss [sic] my mom and brother.”

But the real Ryan Lanza, 24, has said through a family spokesman that it’s all a hoax. He never spoke to any Post reporter. And he deleted his Facebook page the day the shootings took place. Now The Post has admitted it was duped.

An update to the original story reads: “A spokesman for the Lanza family says an imposter is behind Ryan Lanza’s Facebook page and that Ryan did not post the messages in this story.”

The Post story was the “unfortunate result of a poor editorial process,” the Lanza family spokesman said.

Indeed. It’s surprising The Post could have been so easily duped. The media was swimming with misinformation the day of the shooting. And Lanza was a victim of one of the most egregious mistakes: Numerous news outlets identified him—and not his brother—as the shooter, linked to his Facebook profile, and plastered his picture across the Internet. With the world’s attention centered on his online presence, Lanza deleted his Facebook account. That was widely reported in the news media, as was the page’s unique address: facebook.com/rlanza.

The Post reporter, Candace Giove, either wasn’t aware of those stories or neglected to check the address when she approached the person behind the page “Official.RyanLanza01” for an interview. Why The Post made no further effort to confirm Lanza’s identity is a mystery.

The hoax profile page is still active, despite the fact that Facebook prohibits users from “[providing] any false personal information on Facebook, or [creating] an account for anyone other than yourself without permission.”

“I will miss you bro. I will always love you as long as I live” —Ryan

According to the family spokesman, the photograph attached to that post, supposedly of Adam Lanza, was actually a younger Ryan.

Or to put it another way: Thanks to The New York Post, Ryan Lanza has now been misidentified as a mass murderer twice. 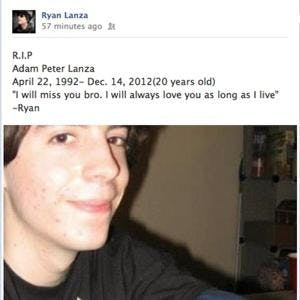