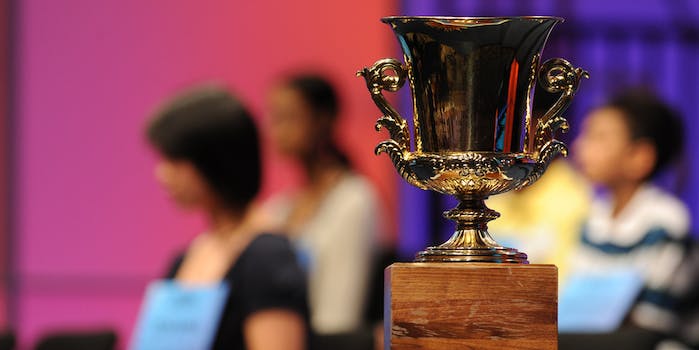 If there’s one lesson that should’ve stuck with you from elementary school, it’s that you should always check your spelling—especially when you try to pick a fight with the National Spelling Bee.

The competition crowned two winners this year, but that’s not the issue that Kyle Chapman took with it. Instead, he expressed some distasteful hate toward the comfort couch, a safe place where kids who are eliminated can let out all their emotions and meet up with their parents before leaving.

“Unsure of why the national spelling bee has a ‘comfort couch’ you fucking lost suck it up quit teaching kids it’s okay to loose @ScrippsBee,” Chapman tweeted.

Unfortunately, we can’t embed his tweet here, because it’s gone. And there’s a very good, very funny reason for that.

Did you catch Chapman’s mistake? The spelling bee’s Twitter account certainly did, and it replied in such a succinctly savage fashion that it sent Chapman into account-deleting oblivion.

Thankfully, people have preserved this massive burn in screenshots.

We don’t know what happened to Chapman, but we’re pretty sure he’s the one in need of the comfort couch now.