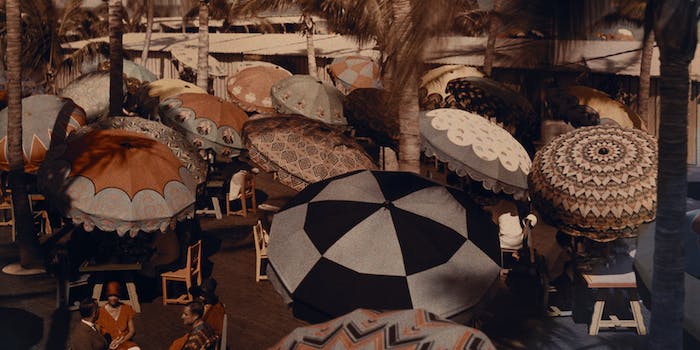 The photography in National Geographic’s new Tumblr, Found, is characterized by that thrilling oscillation between the exotic and the mundane.

Seen in a certain light, photos of the mundane can humanize the exotic and reinforce our sense of living life in common at the opposite ends of the earth. Conversely, by pointing out and framing the allegedly “everyday,” photos can imbue it with a sense of moment.

The photography in National Geographic’s new Tumblr, Found, is characterized by that thrilling oscillation between the exotic and the mundane. The photos are “found” in the sense that they are those photos in the National Geographic Association’s vast photography collection in D.C. that never made it into the magazine or other public products. They were lost, but now they’re found.

By doing so, the photos there stress both our common humanity and the extraordinariness of our lives, lived as they mostly are in the connective tissue between those nodes of actions we call events.

Found is a kind of collective human memory, freezing moments in our past in much the same way our memories do: freezing them a frame here, a frame there, a moment, a sense, a remembered feeling or smell of perfume on a breeze, a diaphanous instant whose transitoriness is its power.

Each life, or most anyway, have operatic peaks and abyssal lows. Almost drowning off Waikiki Beach, brawling with cops in Seattle, wrapping your arms around a woman you love on the night train from Madrid, getting a standing ovation after “True West,” walking through Buchenwald, then days later, the Luxembourg Gardens and noticing the dust from both dulled the shine on your shoes, watching a brother wake up healthy from an operation, waking up from your own with people around who love you, mortifying neighbors for blocks around by making protracted, operatic, dish-shattering, floor thumping love to “Papa Don’t Take No Mess,” interviewing Greg Sage…

But most of it, the overwhelming majority of each and every day of every life, no matter how extraordinary, is made up of throw-aways: catching a train, making some tea, adding some sugar, hanging out, lugging crap around, taking a load off, and, perhaps most metaphorically appropriate of all, checking a map on the hood of your car. 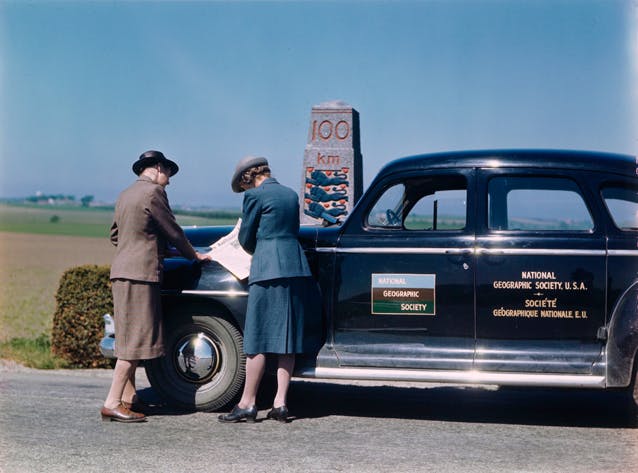 This exotic mundanity feels like a whole new area of photography, though of course it is most of photography. NatGeo publishing it, however, focuses attention on it again and by making us do so, seems to increase the space in our own sometimes cramped lives.