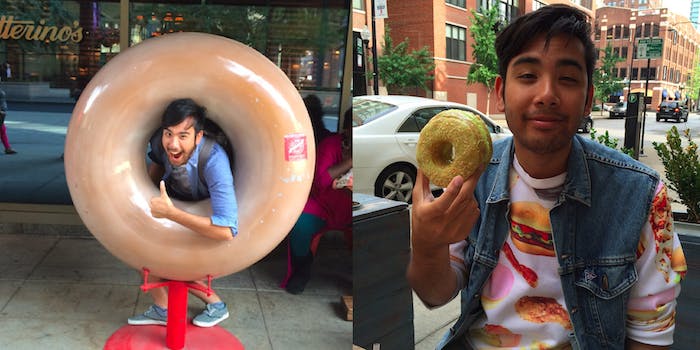 June 3 marks one of the revered holidays of modern times: National Donut Day.

People everywhere have woken up early to stop by their local Dunkin’ Donuts or Krispy Kreme to start their day off with a delicately fried confection. Others have made the harrowing trek to some of their city’s most distinguished doughnutteries, such as Portland’s Voodoo Doughnuts or Gourdough’s in Austin, Texas. Denizens of the Internet are using the hashtag #NationalDonutDay to share their sweet selfies and tweet their glee over the godly pastry.

As a lifelong donut disciple, I celebrated National Donut Day 2015 like any other chum.