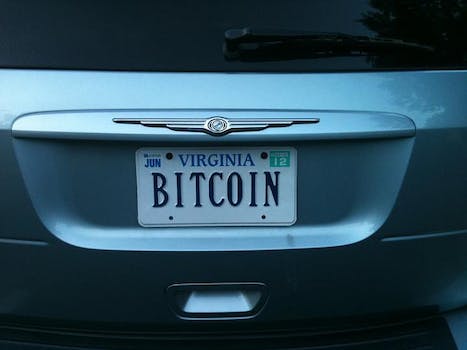 Domain registrar Namecheap is the latest company to accept Bitcoin

Domain name registrar Namecheap is the latest company to jump on the Bitcoin bandwagon.

Another day, another virtual dollar.

Since its inception four years ago, Bitcoin has grown in popularity among online users seeking a more discreet payment method for online transactions. Working just like cash, Bitcoin allows users to make purchases anonymously by trading online codes that function as money.

“For months, Bitcoin has been requested of Namecheap among the tech audience,” reads a statement from Los Angeles-based firm. “We’re pleased to announce that we’ve listened to your feedback.”

In addition to cashing in on a growing market, Namecheap’s statement also alludes to support of the philosophical underpinnings of openness partly driving the Bitcoin movement. Although the currency has a reputation as the transactional medium of choice for the online grey- and black-markets, many laissez-faire economic ideologues support the growth of a currency that isn’t regulated by any government or banking authority.

“In the last 13 months, we donated over $100,000 to the Electronic Frontier Foundation to support online freedom,” the Namecheap statement went on to say. “We consider ourselves the pioneers in the space in innovation and freedom.”

Namecheap did not immediately respond to The Daily Dot’s request for further comment.

This news comes as Bitcoin reaches a record high on Mt. Gox, the leading exchange for Bitcoin. As of today, one Bitcoin is worth nearly $45 U.S. That surpassed the previous record value of $28.92 set in June 2011 amid a rush of speculation by eager promoters that led to a crash shortly thereafter.

Since then, Bitcoin has steadily regained momentum, but the price has really soared since January. The value of one Bitcoin has more than tripled from the $13 it was worth at the start of 2013. Much of the rise in price is being attributed to the increasing number of vendors accepting Bitcoin. Reddit and WordPress both take the currency as payment now, and online gaming in the U.S. is seeing a major resurgence thanks to the currency’s unique ability to circumvent federal anti-gaming statutes. It’s also becoming easier to obtain the currency in the first place.

Although it’s hard to deny the growing influence of Bitcoin overall, many Bitcoin watchers say the present run-up in trading price may be an inaccurate representation of the currency’s actual value. Jon Holmquist, the marketing director for two Bitcoin-related startups, told CNN Money that the recent publicity of Bitcoin has probably driven a lot of speculators into the market, artificially inflating the price.