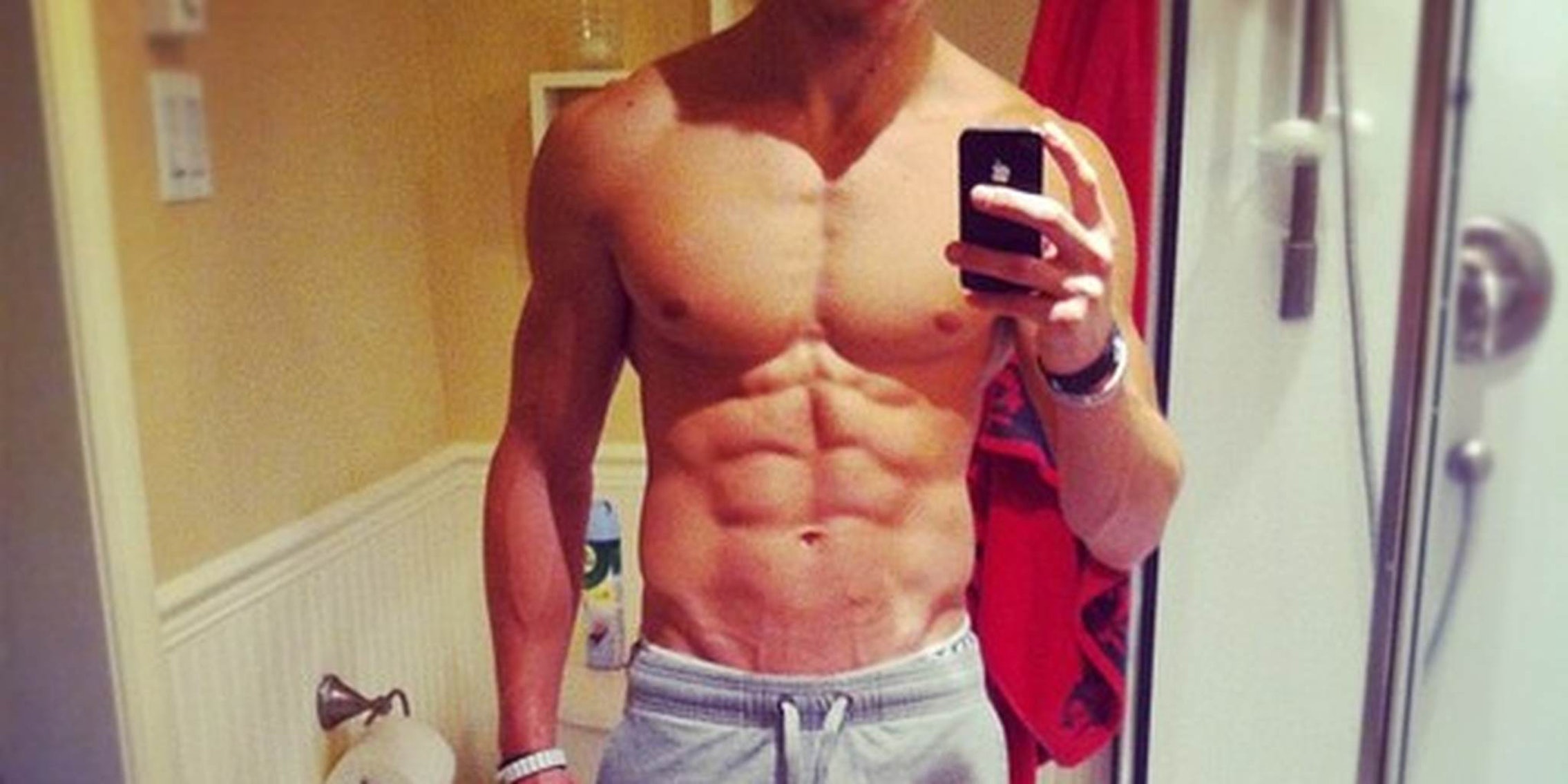 Don’t send someone a picture of your junk unless she explicitly asks for one. Or else this might happen.

As you can guess, dating apps require a certain amount of finesse. But while the nuances of app-based dating culture might be a little tricky to understand, one thing seems pretty clear: Don’t send someone a picture of your junk unless she explicitly asks for one.

One female Let’s Date user found a quick and easy solution to the unwanted dick-pic problem. Tumblr user aheartbeatchanged was chatting with a guy about the weather when this appeared: 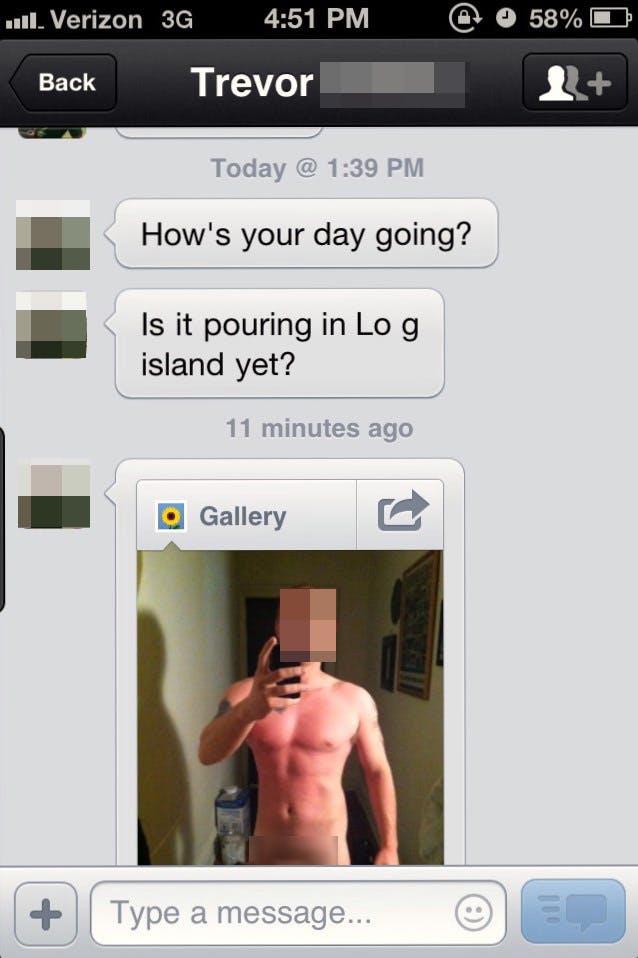 “F**k no,” she replied. “I don’t need to be disrespected by someone I don’t even know.”

Things escalated quickly, and, well… see for yourself: 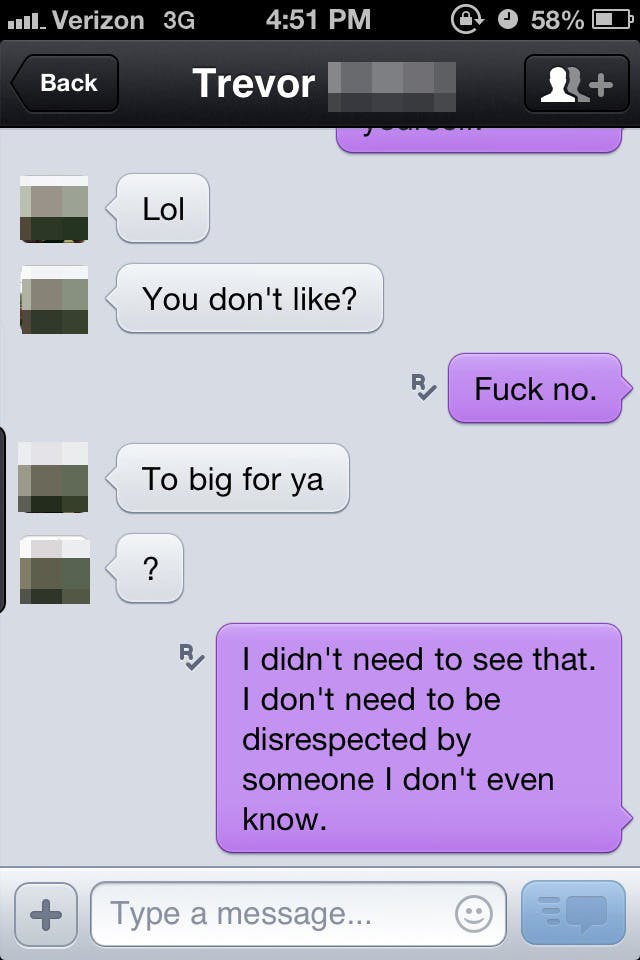 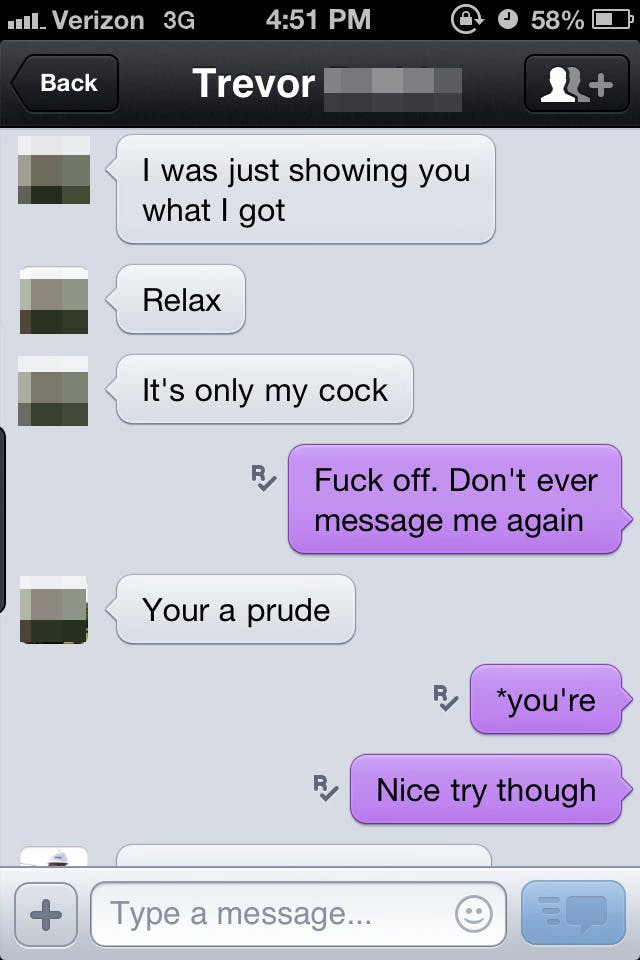 At this point, the smartest thing would’ve been for Trevor to apologize and vanish forever. Especially since he’d just given someone a naked photo that could potentially be, you know, posted on Tumblr for 60,000 people to laugh at and reblog. 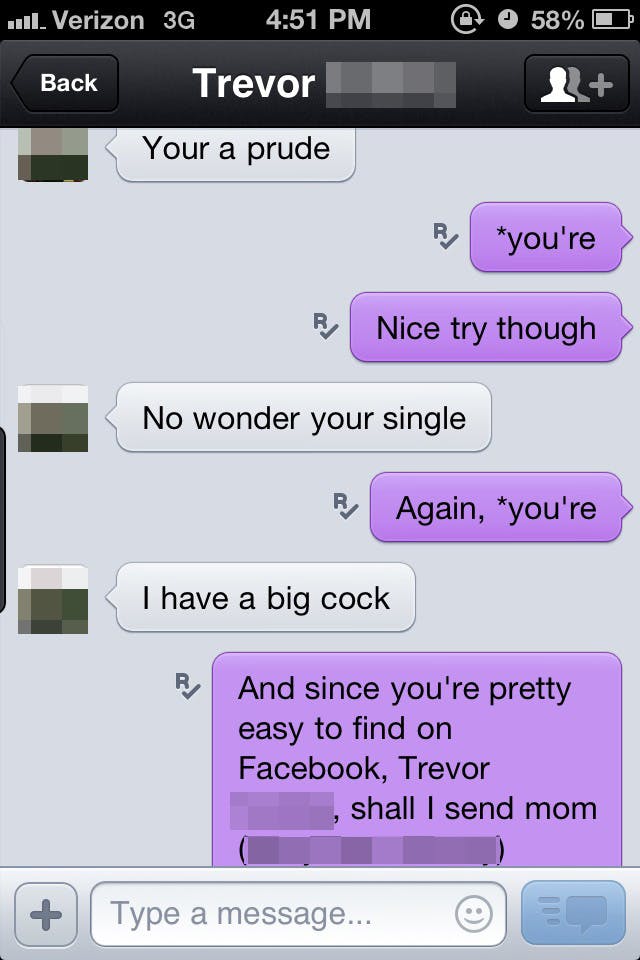 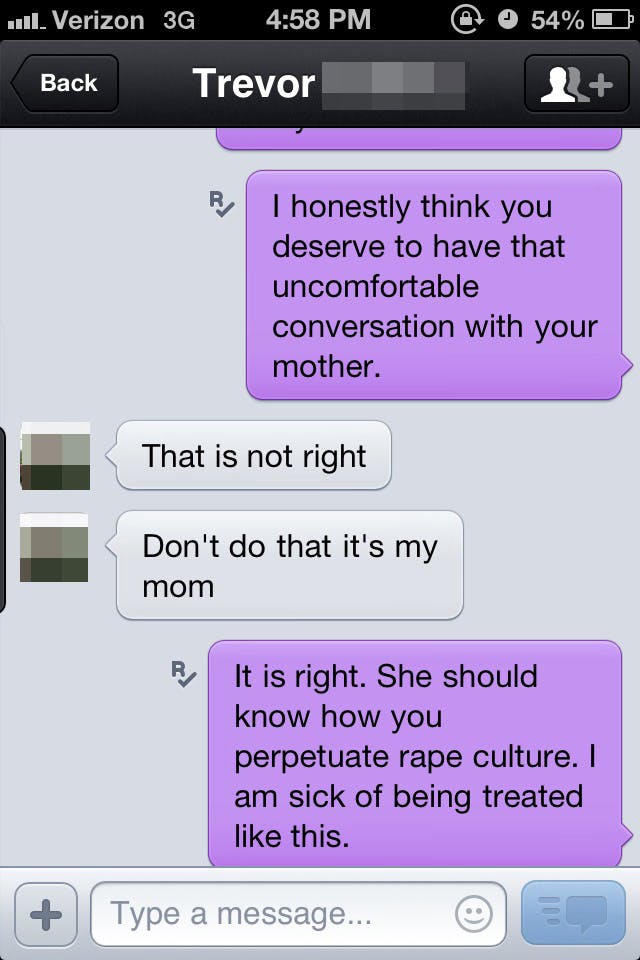 Oh yeah. She went there.

As of Sunday night, aheartbeatchanged hasn’t heard back from Trevor’s mom. What she has received is more than a hundred messages from Tumblr users, ranging from supportive to… more poorly worded insults: “If you had/get some good dick (which you obviously haven’t/don’t) you wouldn’t be such a grammar nazi and prude.”

He and Trevor would probably make great friends.

Update: Let’s Date writes to clarify that “while the users may have met on Let’s Date, the inappropriate photo was not sent via Let’s Date as the app’s messaging platform does not allow users to send pictures to each other, they are only able to send text.”

Photo via Guys With iPhones