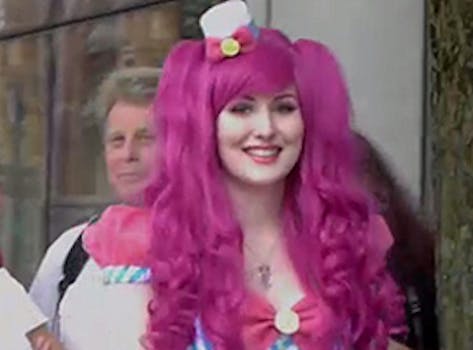 My Little Pony: Sexism Is Magic

The new documentary, Bronies: The Extremely Unexpected Adult Fans of My Little Pony, has been criticized for its exclusion of female fans of the hit show.

What’s not to like about My Little Pony? Three generations of children, mostly young girls, have grown up loving the cute, colorful plastic toys. Since they first appeared in the ‘80s, the ponies have inspired a feature film and three separate animated series.

But unlike its predecessors My Little Pony: Friendship Is Magic, the latest iteration, has drawn in an entirely new audience enthralled by its writing, fun characters, and rosy morals. And these adult MLP fans have a mission to represent themselves as fans.

The recently released documentary Bronies: The Extremely Unexpected Adult Fans of My Little Pony could have been a look at the customs, language, and trends of the brony fandom, which has evolved its own subculture and gotten a huge share of media attention. Instead, it’s racked up controversy for its narrow view of the fandom and for what many members of the fandom have seen as propaganda. One fandom news site wrote an extensive two-part criticism of the documentary, and a group of female fans are planning to produce their own documentary in response to what they view as the documentary’s blatant exclusion of women.

Unfortunately, all of the criticism is warranted.

The documentary fixates entirely on male bronies, taking a full hour before it even seeks out a female fan on the floor of a fan convention—an oversight difficult to justify given that the franchise was explicitly created for girls.

The film hinges on the idea that adult male interest in a cartoon for girls is remarkable. It’s not, especially when viewed on a broad spectrum of fans engaged in sci-fi, fantasy, and anime fandoms whose stories prominently feature female characters. Society already associates nerd culture with an image of a white man in his early 20s—a demographic the film fixates on from its first frame in a series of deep, unavoidably awkward close-ups of young male bronies. 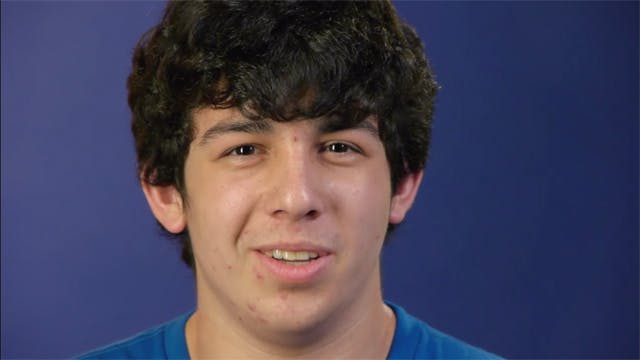 If this makes you uncomfortable, it should—and not just because of the inexplicable intense zoom-in. From the beginning, Bronies wants you to be painfully clear on a single point: This is the straight, white male face of My Little Pony fandom.

Throughout the documentary, male members of the brony fandom espouse a theme of fandom as being a major hardship that elevates them through suffering. One adolescent fan, Lyle, tells us he worried his dad would think he was gay when he found out; a group of Appalachian fans talk about getting physically attacked after putting MLP decals on their cars. A military serviceman speaks of his inability to openly discuss his love for the show because other members of the military might assume he was gay.

The  documentary interviews Dr. Patrick Edwards, who conducted a study on the demographics of the brony fandom and concluded that they were “highly educated heterosexual males.” (He does not mention women at all.)

This thread—fear of being mocked, mistakenly assumed to be gay, and otherwise emasculated—runs throughout Bronies.

It’s no wonder we virtually never hear from female fans in the film. After all, that might remind everyone that they exist, and that these men are, in fact, sharing this space with a bunch of girls.

Here’s a sampling of the many women who appear in the background of this documentary, whose stories we never hear: 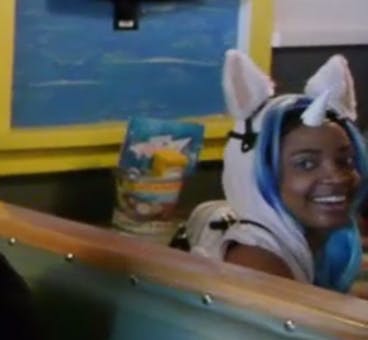 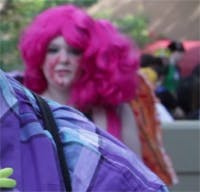 Would these women talk about feeling erased? Would they talk about being harassed at conventions? Would they share the experiences of a fan who told me just days after returning from BronyCon, where this documentary spends much of its time, that she kept getting interrogated by male fans wanting to know what she was doing in their space?

Again and again, the documentary stresses that Friendship Is Magic is a transformative show, one that promotes good will, charity, self-reliance, and tolerance—and above all female empowerment. But apart from seeing a few things sold at fan conventions to raise money for charity, we rarely see any evidence of this transformation taking place in real life.

The team of Bronies’ executive producers include Lauren Faust, the creator of Friendship Is Magic, and Tara Strong, one of its most popular voice actors. Faust and Strong both talk about loving the franchise in childhood and owning the cute plastic ponies as girls. Their sense of nostalgia isn’t present in the documentary, however. Despite the fact that the My Little Pony fandom has already enjoyed over two decades of loyal fans before the most recent animated series came out, the documentary quickly dismisses the previous three generations of ponies, labeling the franchise as fluff-based and “girly.” Given that the brony fandom is frequently criticized for doing just this—dismissing earlier generations of the franchise along with its primarily female fanbase—it seems odd that the documentary would be so explicit about it. “It was definitely not the typical little girls show,” Faust says proudly at one point.

Not only is the image of straight male heteronormativity looped through the film like a Public Service Announcement, even the basic creative inspirations of the show are co-opted away from the children who were meant to receive it. One of the best parts of the documentary is when creator Faust speaks of her childhood letting her imagination run free as she played with her toy ponies. The segment features adorable animation in the style of the show, depicting a young girl version of Faust creating entire worlds in her bedroom. 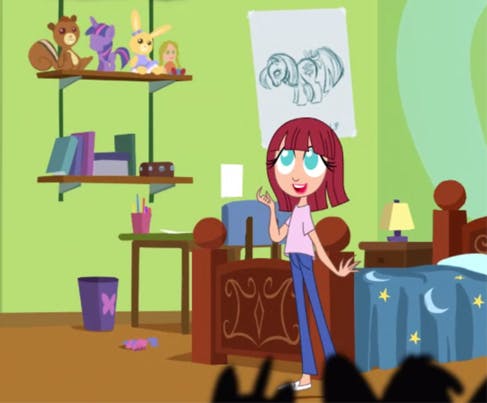 But this side of female brony fandom goes unaddressed. A few minutes later, the documentary finally, finally, spends a few moments talking to girls: One of them briefly states how important creation is to the community. Unfortunately, we never get to find out what, if anything, she creates.(Though the documentary shines spotlights on individual fandom artists, singers, animators, remixers, and vidders, they’re all men.)

The only female member of the brony fandom that the documentary profiles, Nadine Neumann, is briefly shown creating and selling replica ponies; but the majority of her time on-screen is explicitly to discuss her relationship with a male member of the fandom. Even as a desperately needed representative of female My Little Pony fandom, she’s still called on to reinforce this documentary’s message of male heterosexuality.

“It was my job to bake and give out the cupcakes,” she says of her brony meetup.

“When she finally came, she had muffins,” her boyfriend Ben echoes, “…and I thought, ‘Yes, nice girl.”

Nearly an hour in, an animated sequence affectionately points out that the documentary thus far has failed to mention women, hopefully lampshading its own blatant failure. “You can’t ignore these fillies’ contributions,” charges an irate group of female ponies. After pointing out that girls do all the same things in all the same spaces that men do, the documentary responds, “Well, there you have it!” and moves on completely.

Apparently it’s not friendship, but exclusion, that provides the real brony “magic.”

All screengrabs via Bronies: The Extremely Unexpected Adult Fans of My Little Pony