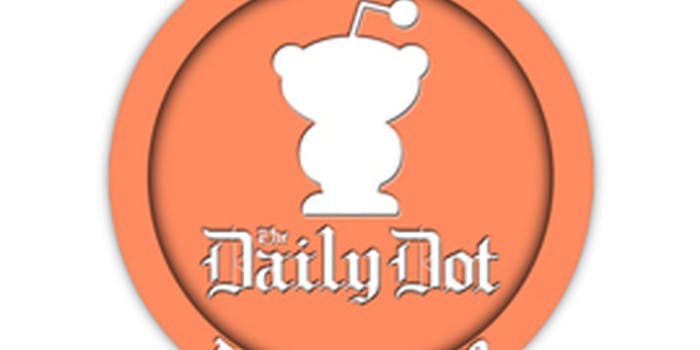 Through contributions, ideas, and moderator activity, these 10 power users helped shape Reddit's biggest and most controversial year yet.

Reddit owned the Internet this year, for all the right and wrong reasons. There were the memes—Ridiculously Photogenic Guy, Overly Attached Girlfriend, I Should Buy a Boat Cat—and there were the cultural controversies that changed the social news site’s power dynamics and spoke to Reddit’s growing importance to the world at large.

In the midst of his presidential campaign, President Obama touched down for a brief “ask me anything” interview session, bringing glowing attention from major, mainstream media (and a traffic surge that pushed Reddit’s servers to the brink).

Seven years after it was created, Reddit had finally arrived.

Yet just a month later the site broiled with upheaval. Controversy surrounding the r/creepshots subreddit and notorious moderator violentacrez forced the community to come to terms with its new prominence in the public eye—and reconcile its cultural norms with those of the broader public. Is pseudonymity on Reddit a right? Do your activities on Reddit, which sees 40 million unique visitors a month, make you a public figure? And how can victims of subreddits like r/creepshots fight back against the people exploiting them?

Battles raged across the site. Redditors on both sides were doxed, meaning their identities were exposed without permission. (The month was dubbed “doxtober.”) And when it was all over, Reddit was a changed place—one where actions, pseudonymous or not, now had very real consequences.

Here’s our list of the most influential people on Reddit this year—through contributions, ideas, and moderator activity. Agree? Disagree? Weigh in below, tell me what you think on Twitter, or join the discussion on Reddit itself.

A maelstrom of cultural and political upheaval embroiled Reddit over the past year, and at its center, laughing maniacally, was ArchangelleDworkin. Smart and viciously witty, she’s the most influential moderator of r/ShitRedditSays, a controversial subreddit that battles the site’s undercurrent of racism, misogyny, and homophobia with a potent mix of biting sarcasm, trolling, and savvy media campaigns. In September, Dworkin launched the Reddit bomb—a media blitz that exposed the now notorious (and banned) r/creepshots subreddit, among others, and which culminated in the Gawker expose of notorious Reddit troll Michael Brutsch, a.k.a. violentacrez.

In October everything was quiet for violentacrez. Sure, the power user/troll/top moderator was still dropping the kind of horrifying content he’d built his reputation on, but the man whom the Daily Dot named Reddit’s most influential person in 2011 had somehow avoided major controversy. Then all hell broke loose.

After joining the mod list at r/creepshots, he deleted his account when he learned Gawker intended to reveal his identity. As that article’s publication drew near, Reddit mods retaliated by banning links to Gawker. Major media outlets briefly targeted their well-oiled outrage machines on Reddit, sniffing for sexual controversies. It was a public relations debacle that would make even the most staid of PR pros run weeping for their panic room. There was massive internal strife, leaks and more leaks, doxing everywhere. When it was all over, violentacrez was gone from Reddit. And newly unemployed.

3) Deimorz and his AutoModerator Bot Leader of the robot revolution

Moderation is a largely thankless task. Swarms of easy-to-outrage redditors hover around your every move, just waiting for you to make a mistake. Even worse, most of your (volunteer) job is janitorial. You just make sure the spam filter is working: Some posts go through that shouldn’t, and others don’t go through that should. But then redditor Deimorz, working long hours in his top-secret coding laboratory, created the AutoModerator. The bot takes over most mind-numbing tasks entirely, freeing up mods to focus on more rewarding tasks. It’s the single most important feature added to the site this year. A statistical witch doctor, Deimorz also runs Stattit.com, the most essential site for Reddit data hounds.

Dropping karmanaut’s name in a random thread is like poking a beehive with a stick. The infamous moderator, who holds the top spot on Reddit’s most famous property, r/IAmA, found himself in the middle of two major controversies this year, attracting the long-burning ire of a huge portion of the site’s userbase. First, leaks of private chat logs revealed him to be the owner of three influential accounts on the site, under which he’d controlled major subreddits (and occasionally held conversations with himself). But it was the ban of Reddit’s first bona-fide celebrity, Shitty_Watercolour, from r/IAmA that caused a tumultuous Reddit riot. Karmanaut has since largely retreated from public comments, but he still holds a lot of power, including right there at the top of r/IAmA.

What started out as a gag has turned into a one-of-a-kind Reddit phenomenon. With features in CNN, The Atlantic, Wired, and multiple celebrity shout outs at r/IAmA, Shitty_Watercolour single-handedly changed the significance of “Reddit celebrity”—being famous on Reddit can mean real world fame, too.

A lot of the people on our list have had a big cultural impact on Reddit. But Steve Sobel, a.k.a. honestbleeps, maintains a vast influence over the site by changing how it works—drastically. Sobel’s independent browser add-on, Reddit Enhancement Suite, is like a super-powered Reddit exoskeleton, transforming Reddit into something else entirely. It’s influence is so pervasive, and its features so ingenious, that many believe it actually alters sitewide behavior patterns.

Are you tired of image macros, Facebook screengrabs, liberal circle jerks, pun threads, blatant sexism, and every other obnoxious cultural undercurrent on Reddit? You finally have a place to commiserate. While r/ShitRedditSays is engaged in a kind of perpetual cultural war on Reddit, r/circlebroke, with a broader focus that includes the more mundanely obnoxious, has quickly risen as the other voice of the Reddit counterculture. Why does everyone at the subreddit seem so pissed off? As the sidebar explains: “Maybe they’ve spent too much time on reddit.”

BritishEnglishPolice is Reddit’s quiet leader. Only one person—Reddit part-timer qgyh2—moderates more subreddits than BEP (as he’s known). Even more impressive: He has somehow avoided scandals in a year of scandals and drama. He even seems to inspire a fair bit of admiration from your average Reddit user. Why does BEP spend so much time on the site? As he told the Daily Dot in September: “I’m stubborn. I can’t let places decay; I hate natural entropy (being a science student, it’s hard).”

When we talk of cultural and political maelstroms on Reddit, we’re also talking about interpersonal drama. Drama so hot that, during October, every bag of Orville Redenbacher’s microwavable popcorn within a 30 mile radius of Reddit’s server farm exploded all at once. OK not really, but damn was it a year for over-the-top conflict. And all along, r/SubredditDrama was there chronicling and, occasionally, goading it along. Zeroshift actually created the forum last year, but 2012 was the year r/SubredditDrama became the hub for all things meta-Reddit.