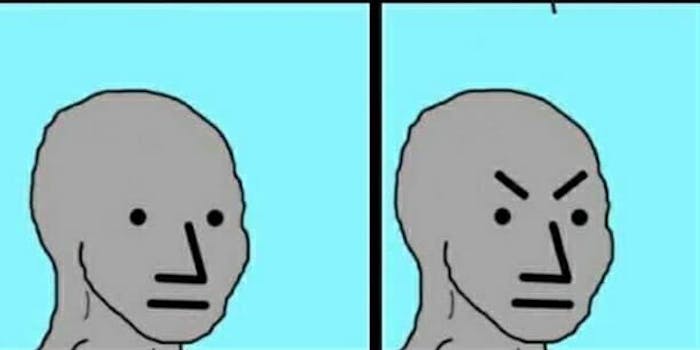 From 'kebab revivalist' to 'NAVY Seal copypasta,' here's what you need to know.

Forty-nine people were gunned down in a mass shooting on Friday.
Before suspect Brenton Tarrant allegedly opened fire on the attendees of a Christchurch, New Zealand mosque, he apparently published a hate-laden manifesto outlining his reasoning. In the 70-plus-page manifesto, posted to the controversial forum 8chan before the attack, Tarrant made multiple references to memes—even encouraging readers to create and spread more of them.
In the manifesto, Tarrant refers to himself as a “kebab removalist,” which appears to be a reference to a meme that gained steam in the early 2000s. The meme is a reference to ethnic cleansing, according to Know Your Meme. In particular, a “kebab removalist” aims to cleanse the land of any and all adherents to the Islamic faith. En route to commit mass murder, Tarrant also appeared to listen to “Serbia Strong,” a song which originated the “kebab removalist” meme.
Another portion of the manifesto contains the entirety of the “Navy Seal copypasta,” which is a facetious message swirling with intentional toxic masculinity. “What the fuck did you just fucking say about me, you little bitch? I’ll have you know I graduated top of my class in the Navy Seals, and I’ve been involved in numerous secret raids on Al-Quaeda, and I have over 300 confirmed kills,” the copypasta reads, in part. “I can be anywhere, anytime, and I can kill you in over seven hundred ways, and that’s just with my bare hands.“
Someone who appears to be Tarrant also posted about the impending killings on 8chan. “I will carry out and (sic) attack against the invaders, and will even live stream the attack via facebook,” the post reads. He provided a link to the Facebook video.

The post made a reference to PewDiePie, who has the highest subscribed-to channel on YouTube, at the start of his stream. “Subscribe to PewDiePie,” the alleged killer said, referencing the campaign to keep PewDiePie ahead of challenger T-Series.

Tarrant wrote in the manifesto: “Create memes, post memes, and spread memes. Memes have done more for the ethno-nationalist movement than any manifesto.”

It’s possible he’s being sarcastic and trolling people when his language veers into inspirational asides about the future of white supremacy.

There are a number of memes he may be referencing in his claim about their importance. Trolls among the alt-right, an untethered collective of white supremacist internet agents of chaos, have long used memes to their advantage. It is from this portion of the internet that memes like Pepe the Frog, the NPC meme, and a number of other racist and xenophobic memes snowball into radicalized propaganda that slowly goes mainstream.
It is likely this evolution that Tarrant is referring—the viral power that memes have to drive a conversation.
READ MORE:
Share this article