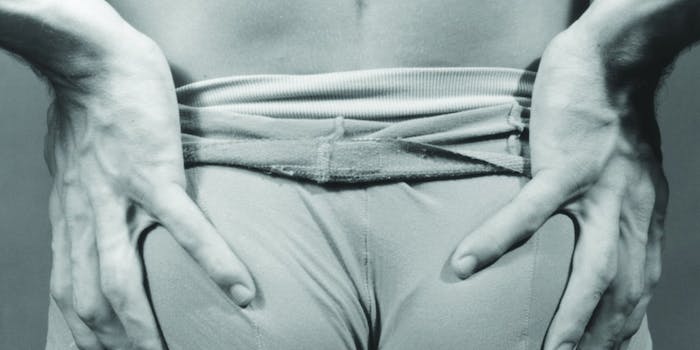 The naked baby from the album cover of Nirvana’s Nevermind swims along, trying to catch the dollar. Michael Jackson blinks incessantly on the cover of Thriller. Dancer Peter Reed flexes his butt over and over again on the cover of Night Work by the Sister Scissors.

These are just some of the memorable album covers 28-year-old artist Mommam Moolma has animated on his Tumblr blog WTF Album Covers.

Since starting the blog in March, Moolma has animated about 200 covers, most of which were requests, he explains.

“I do it as my hobby after work,” Moolma, a graphic designer in Thailand, told the Daily Dot.  “I enjoy figuring out what to do with the covers. Especially ones I have never seen before.”

Like most GIF artists, Moolma uses Photoshop to create the covers, each of which takes a few hours to make. His favorite to date is that of John Mayer’s Heavier Things.

“I love this cover because my friends love wondering how I did it,” Moolma said.

Check out some more of Moolma’s GIFs below.