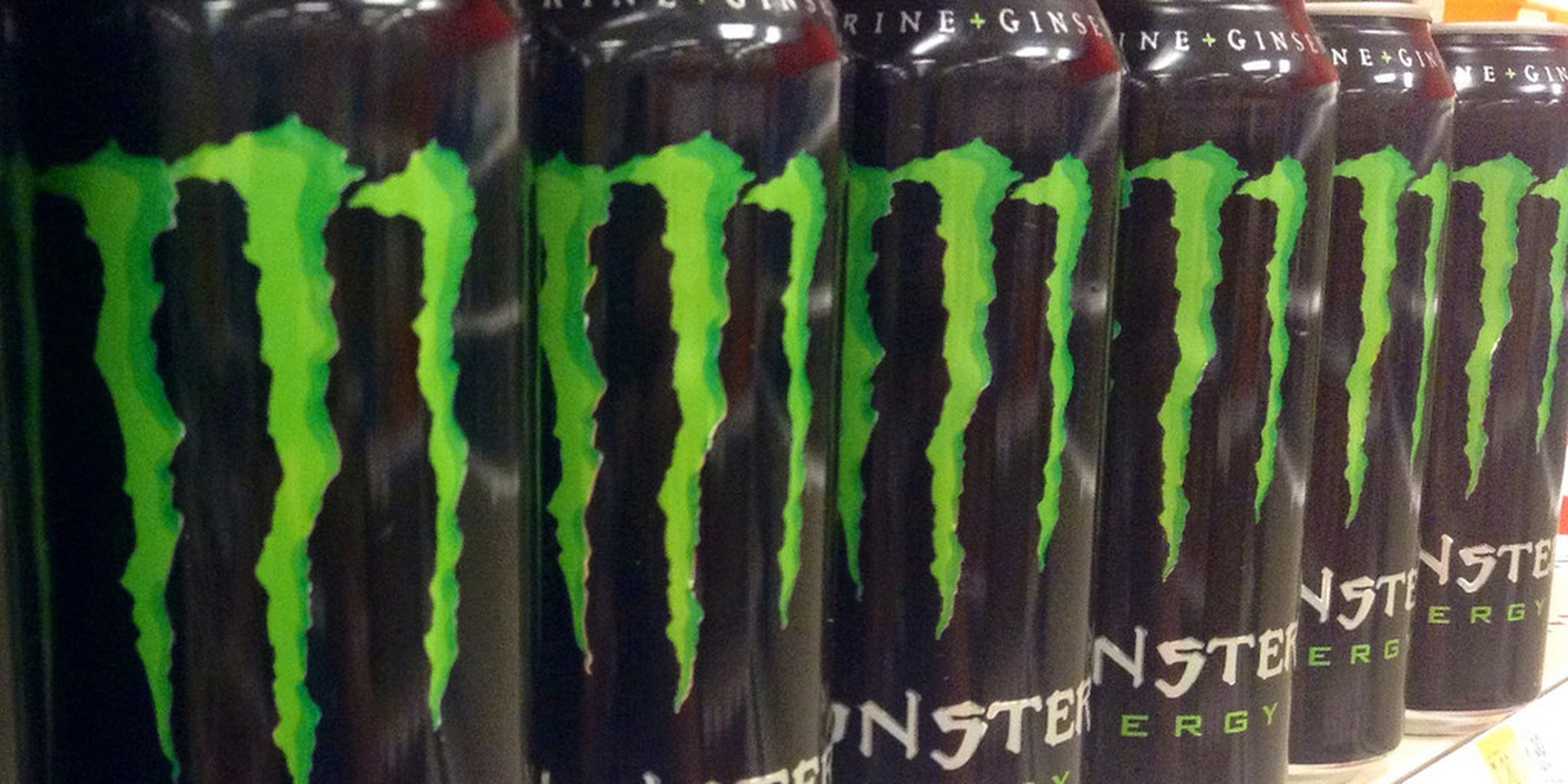 Photo via JeepersMedia/Flickr (CC BY 2.0)

A brief history of the weirdest hoax in the energy drink business.

Monster Energy drinks are, quite frankly, the work of the devil. The stuff tastes like the carbonated urine of chthonic hellbeasts. But is the Monster corporation really, truly, literally in league with Satan, and can this connection be proved by amateur Hebrew cryptography?

I’m gonna go with a big fat no, but this woman thinks otherwise. Let’s hear her out. (Editor’s note: The video has been deleted.)

I present to you a can of Monster Energy. Notice the M logo. See anything odd about it? Each minim of the letter M looks like the Hebrew letter vav (ו), or 6. Put three of those together and you get vav vav vav, ווו, or 666.

OK, so that theory doesn’t hold up. Stay seated. Satan Lady has a lot more.

How about how the o in the Monster logo has a cross through it? Satan Lady thought Monster might be a Christian company, but then she read some of Monster’s ad copy and decided “Big Fucking Can” and “MILFs love it” weren’t exactly pro-Jesus sentiments. The only possible explanation, says Satan Lady, is that the cross turns into a subversive witch symbol when turned upside-down. “Bottoms up,” she says, pretending to drink her Monster can.

On top of that, how about Monster’s slogan, “Unleash the Beast”? Coincidence… or Satan?

The Monster Energy Satan theory has been creeping around the Internet for years now. You can see why. It’s ridiculous, but there are enough threads for tin-hatters to latch onto.

Snopes forums debated it in 2007. ReligiousForums.com discovered the mark of the beast in 2008 (see below). Members of Christian message board ChristianChat.com wrote a breakdown of the Hebrew in 2013.