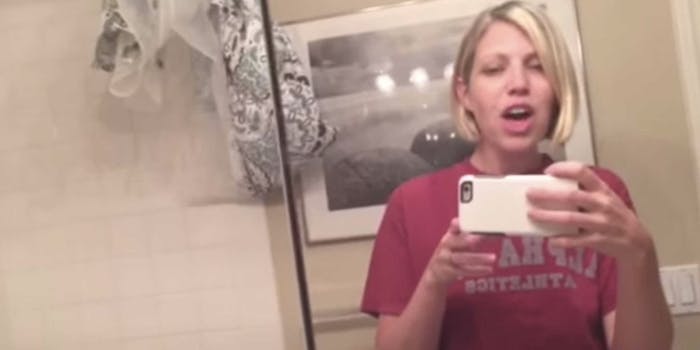 This should be considered Parenting 101.

Wonderful as children can be, they are quite often little monster people. Little monster people who, despite their protests, still need to brush their teeth. So California mom Jennifer Aprea Closson developed a great strategy to deal with her daughter mid-meltdown: perfectly lip-synch the tantrum.

What we can see in this video is that Closson’s daughter Danielle has some go-to bratty moves, including shrill screaming, claiming fake injuries, and even shriller screaming. But mom has them down to a science. Perhaps she too was a difficult child, or maybe she’s just that keen an observer of her daughter. Regardless, turning a child’s furious rage into a moment of levity is always a challenge. Doing it in a way that we all can enjoy? A+ work.

In fact, between this video, Jimmy Fallon, Jimmy Fallon’s friends, and Jimmy Fallon-produced ventures, we’ve entered a golden age of lip-synching. The question is, where do we go from here? There was the golden age of Rome, but that ended in decadence and decay. Will lip-synching become too gaudy? Too decadent? Will it fall? Let’s ask Terry Crews: