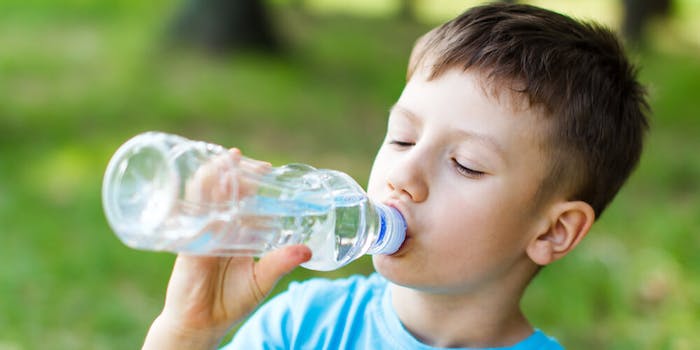 Why would anyone give their child bleach?

Last month, Fiona O’Leary shared a post on Facebook and Twitter trying to get in touch with members of the German media, claiming that groups of children were being fed bleach. The child under discussion in the screenshots was described as terrifyingly sick, but the poster, his mother, was continuing to subject him to the “protocol” even while looking for advice on how to help him. To those unaware of the world of Miracle Mineral Solution, the screenshots must have looked like a horrifying word salad, but to those familiar with the substance and the cult-like world surrounding it this was all just par for the course.

I'm very concerned about a child in BLEACH group.The child is in Germany and ingesting MMS bleach and other unproven…

“I’m very concerned about a child in BLEACH group,” O’Leary wrote. “The child is in Germany and ingesting MMS bleach and other unproven quack products. I’m seeing so many posts like this, I fear a child may die soon if this bleach monster isn’t stopped. Any German media, support please pm me!”

The post she screengrabbed read: “My son was throwing up for three days in a row. He couldn’t eat at all. He was very sick. During this time he wasn’t drinking any supplements and no CD. Now he was feeling better two days and I put him back on the protocol and CD.”

Miracle Mineral Solution (MMS), also known as Master Mineral Solution, is a mixture of sodium chlorite and citric acid which combine to form chlorine dioxide, or in other words, bleach. Despite the fact that consuming bleach is well known to be dangerous with no health benefits whatsoever, the creator of MMS, Jim Humble, and his “non religious church of health and healing” Genesis II, which is widely regarded as a cult, promote MMS as a means of curing everything from Malaria to AIDS. One usage, in particular, has become especially popular among a certain subgroup in the West: some parents have taken to using the substance on their children in an attempt to cure their autism.

A neurodevelopmental condition that begins in utero, there is no cure for autism, and many autistic people consider attempts to find one to be little better than eugenics—preferring instead therapies and accommodations designed to help with the aspects of autism that individual people find challenging. This doesn’t stop people from trying, however, and many parents of autistic children are willing to try literally anything if they think it will “fix” their child or turn them allistic (a non-autistic person). The majority of those using MMS on their children don’t believe that autism is merely a different kind of brain, instead, they believe it’s caused by parasites known as rope worms that live in the guts and multiply during the full moon. If this sounds nonsensical, that’s because it is; the so-called rope worms often excreted by people taking MMS and other similarly damaging treatments are actually pieces of sloughed-off intestinal lining, and no parasite is in any way influenced by the phases of the moon.

MMS is banned in several countries, including Ireland, Canada, and the Netherlands. Numerous health organizations, including the FDA, warn against its use. This hasn’t stopped communities from forming around it; they’ve just become more circumspect. The groups have now moved from Facebook to Telegram—which allows greater privacy and using fake or single names when they communicate. Fiona O’Leary is an autistic woman who infiltrates these groups under various aliases, looking for children in trouble. A longtime campaigner against MMS, working to raise public awareness and to have the substance banned in as many places as possible, O’Leary believes that the problem still isn’t being taken seriously enough by many authorities, saying the penalty in Ireland for selling MMS is “a joke.” Germany also has its own significant MMS problem, although it bans the sale and administration of MMS. Not only are numerous German parents forcing it on their children, but it’s also the current home base of Kerri Rivera, an MMS advocate, self-styled wellness coach, and alleged MMS provider to her followers.

Rivera runs several groups on Telegram, where she coaches parents through subjecting their autistic children to MMS protocols. This involves being made to drink bleach every hour, multiple daily bleach enemas, and a whole host of other spurious treatments. Despite the numerous horrendous reactions these children have to their “treatment,” Kerri only seems to advise cutting back instead of stopping, and only then if the child is vomiting or refusing to eat. As with other snake oil cures, many of these side effects are simultaneously given as a sign that the treatment is working and as proof that its work isn’t done. It seems that there’s never a reason to stop taking MMS, though Kerri insists that unlike other supposed cures, MMS will “recover” autistic children for their parents. Especially if they also subject their children to the KetoKerri Diet, her own modified version of the Keto diet, and a long list of other supplements and products that can be purchased through her—though of course, right under the consultation button on her website, Kerri was careful to leave the following disclaimer:

A consult with Kerri does not constitute medical advice, nor is it a substitute for a consult with your doctor or healthcare provider. As always, you are responsible for your health and for the health of your children.

Due to her infiltration into the Telegram group, O’Leary was able to ascertain from the child’s mother that the boy had been hospitalized. At least some of his horrendous symptoms were apparently caused by a severe lack of calcium that the doctors were then correcting. 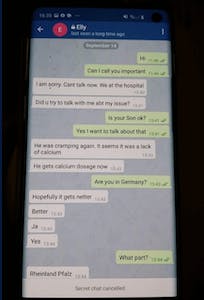 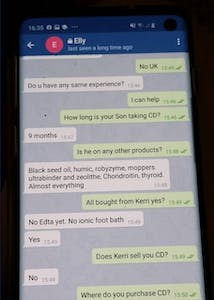 Unfortunately, before O’Leary was able to acquire confirmation on whether or not Rivera supplied the MMS, the child’s mother blocked her. O’Leary then managed to locate and get in touch with the hospital and pass on everything the child’s mother had shared with her. While this seems like the ideal outcome, as MMS is illegal in Germany, the doctor O’Leary spoke to had never heard of it, leaving room for the child’s parents to obfuscate (as parents have done in other countries with similarly ignorant professionals) and continue their abuse.

In fact, the mother later came on the chat with a different user name, revealing that despite everything, she had returned to dosing her child with bleach.

O’Leary informed the hospital again, and while they promised to investigate thoroughly, they also told her they couldn’t update her on the outcomes of the case. As things stand, the fate of the child is unknown, and the German media remain unresponsive.

Despite the fact that subjecting a child or dependent adult to MMS is against the law in several countries, no parent has been prosecuted and neither has a child been removed from the guardians forcing bleach into them. O’Leary says she believes that “if these were neurotypical kids it would be different.” Yet society’s ableism, the pervasive belief that disabled children are a horrendous burden, and the widespread sympathy for parents who abuse or even murder their disabled children give people “basically a green light…to abuse and torture disable kids.” Given that the only case to even make it to the department of prosecution in Ireland was returned without charges filed, her assessment doesn’t seem far from the truth.

This hurts me not just as a campaigner but as a Mother too
Autistic child is being poisoned with MMS BLEACH!
His siblings were begging Mother to stop abusing their non verbal Autistic brother
The DPP give no reasons for why they're not prosecuting this Mother who is also a Nurse. pic.twitter.com/TDuAfQmQZb