Major League Baseball has a Meerkat and Periscope problem

Will MLB crack down on personal livestreaming at games?

Another Opening Day for our nation’s pastime includes a new wrinkle that might delight many, but provide some digital headaches for Major League Baseball.

As the series of games for the 2015 season began, so did fans become amateur broadcasters, armed with smartphones and livestreaming apps such as Meerkat and Periscope. For the most part, the live clips were either done en route to the game, during pregame ceremonies, or even in the parking lot. Most drew large numbers of followers, many from outside the U.S., tickled at the chance to get a glimpse of a professional baseball game. 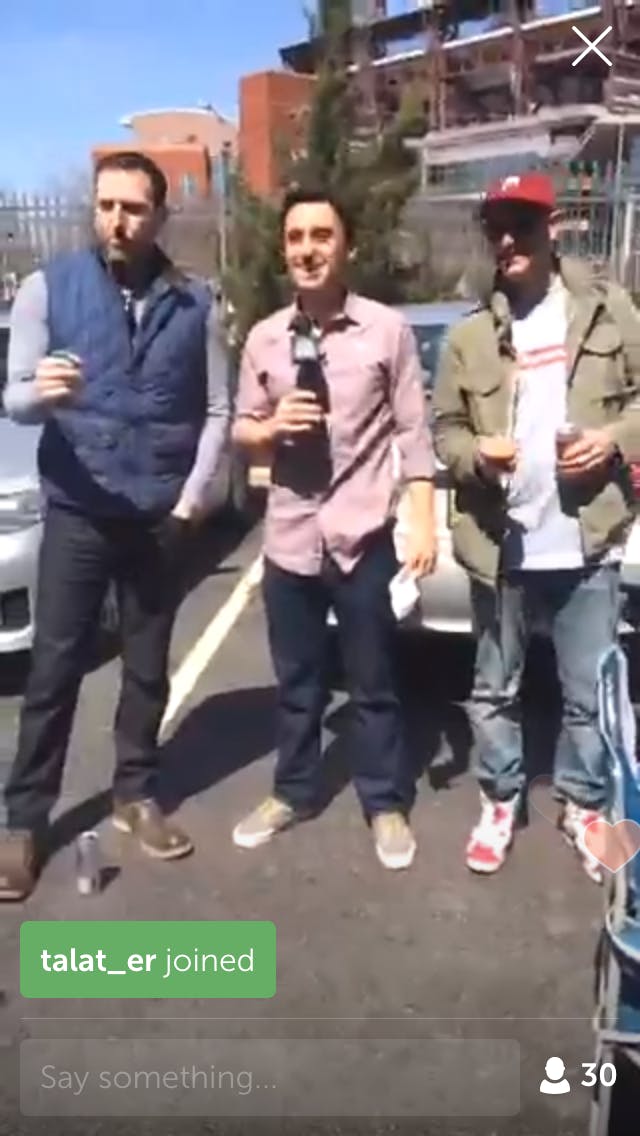 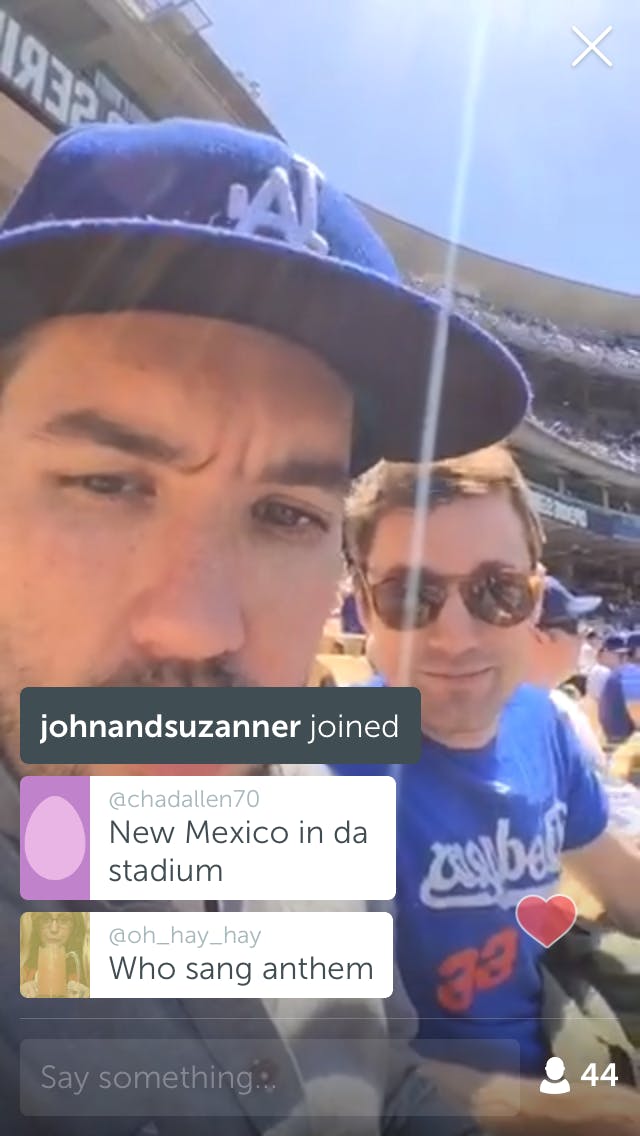 Much to the chagrin of MLB, which receives billions in broadcast revenue from networks who pay to televise (or stream) game action, a legion of fans streaming live game action will quickly become an issue. Someone sitting in the upper deck of Yankee Stadium or first base side of Dodger Stadium can sit undetected by ushers and broadcast the game as long as his cell battery runs. 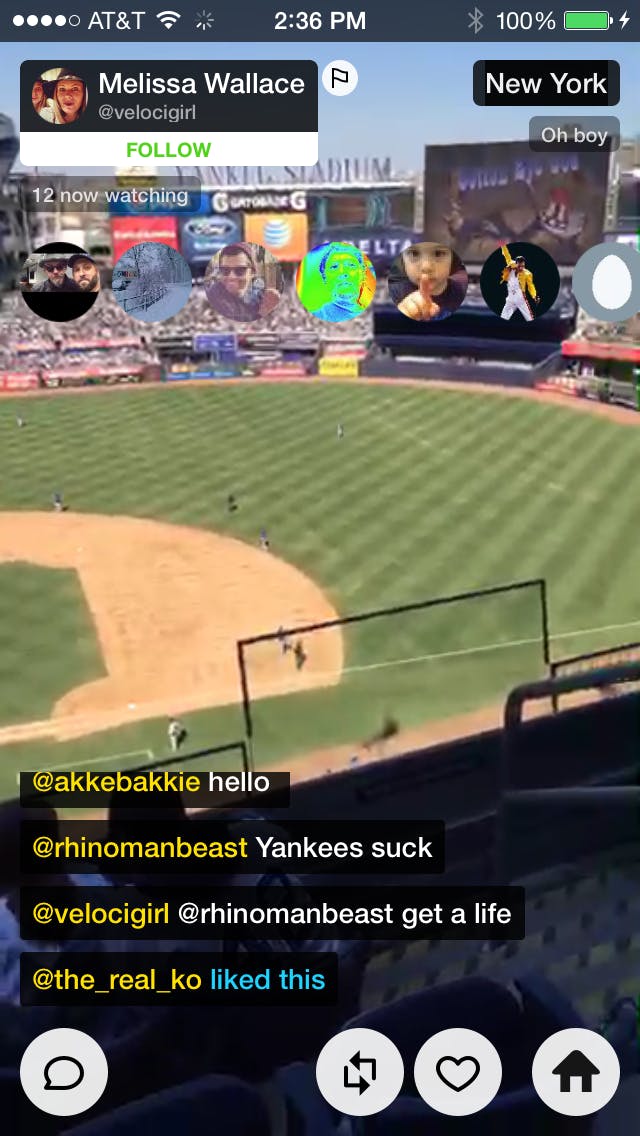 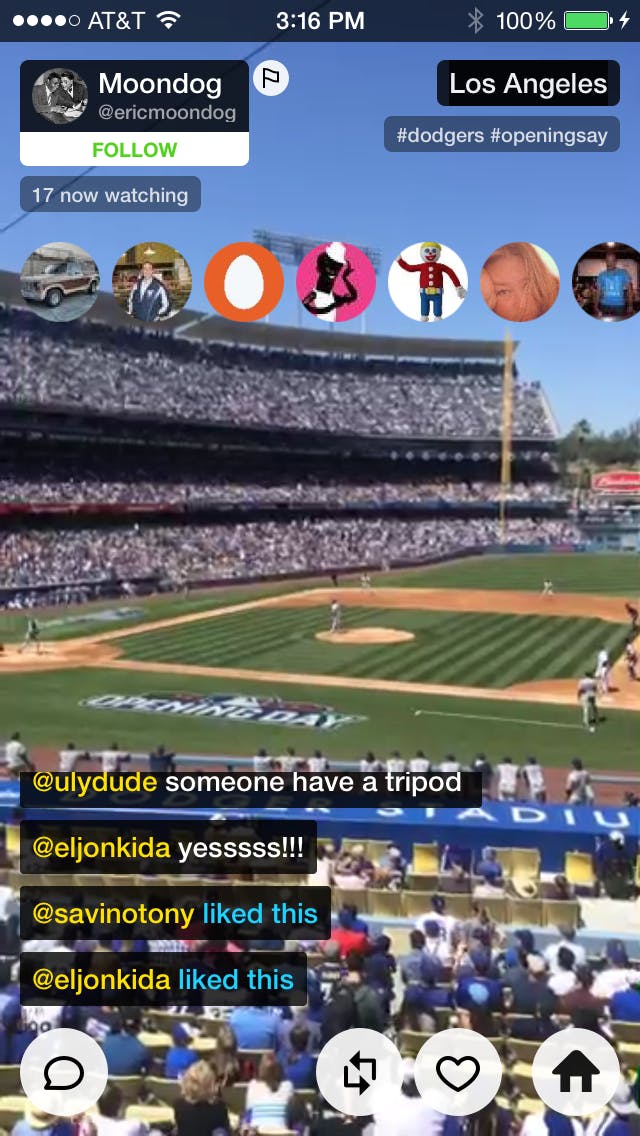 Today, with most ballparks lacking decent Wi-Fi, the footage is choppy and close to unwatchable, making Meerkat and Periscope sportscasts more of a curiosity than an alternative way to watch a baseball game for free.

Fast forward to a time when stadiums improve their public Wi-Fi capabilities, and these socialcasters develop advanced algorithms to better manage capacity. MLB, notorious for coming down hard on those who shoot live game action on their video cameras for later upload on YouTube, might need to take action.

Major league teams are closing their eyes, and hoping for the best, perhaps visualizing the nightmare that comes with closely monitoring fan behavior.

“[It’s] against MLB rules to broadcast games live and therefore, if we determine any fan is attempting to do so through their phone or other similar device, we will require them to cease doing so,” Josh Rawitch, senior vice president of communications for the Arizona Diamondbacks told the Daily Dot. “Clearly it is a bit of a challenge but we will work with Major League Baseball to ensure that we protect our broadcast partners’ rights.”