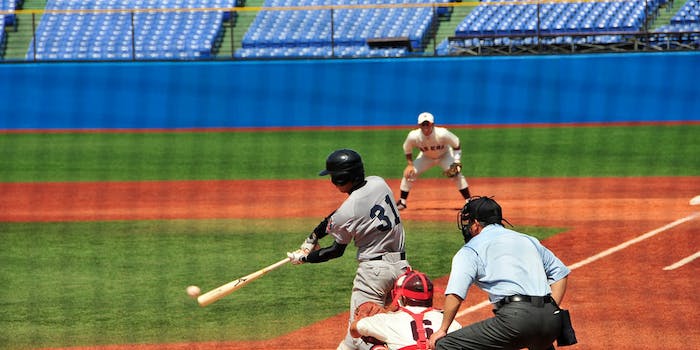 In the Arizona minors, MLB tinkers its product to make it millennial friendly

Plus, three ways to improve the game.

When Madison Bumgarner drove away in his Chevy truck, World Series stardom in tow, sports fans put their scorecards away marking the end of the 2014 baseball season.

The sun, or in this case the darkness of night, never sets on America’s Pastime. It’s mid-November, and the Arizona Fall League (AFL), which league officials call “the finishing school for the major leagues,” winds down a peculiar experiment to quicken the pace of the game. For games played at Salt River Fields (spring training home of the Colorado Rockies and Arizona Diamondbacks) several countdown clocks dotted around the stadium will give a pitcher only 20 seconds between pitches and allow teams only three minutes between half innings. The endgame for MLB is to make the baseball more appealing to young, digitally inclined fans who lack the patience or desire to sit through hours of sports drudgery. 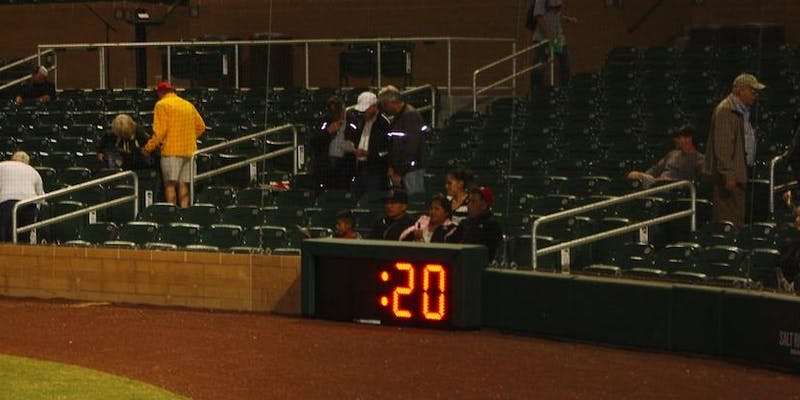 In 2014, the average major league game took a remarkable three hours and 13 minutes to play which is about 30 minutes more than a decade ago. The lords of baseball see the fast-twitch, short-attention span millennial audience slipping away, so a group of general managers and owners took to the AFL lab. In previous years, baseball has used this fall league to test new day-glo foul poles as well as instant replay. These tests are rarely scientific in nature with those in attendance generally blissfully unaware of these tweaks.

Witnessing the minimal impact of the 20-second rule on a game between the Salt River Rafters and the Glendale Desert Dogs, it was obvious that Major League Baseball had not found the key to shorten lengthy games that tend to bore even the most diehard fans. Even with the oversized stopwatch, the game took close to three hours to complete. These tweets, including one to noted baseball documentarian Ken Burns, spell out the failure.

You almost persuade me to like baseball. If the game wasn't so boring it'd be beautiful. Of this I'm convinced.

In reality, there is no immediate threat to professional baseball. MLB continues to make billions each year in merchandise and broadcast rights. However, the 10-year horizon for some professional sports leagues has marketers and team officials concerned. It will be a challenge to increase relevance to young fans who care as much as about experience as they do on-the-field action. If the game does not include the ability to participate via their smartphones and other mobile devices, it will be a non-starter for new fans.

“(Millennials are) getting interested in sports differently,” NASCAR CEO Bob France said at a recent IMG conference. “It’s not the male in the house idea that your father or brother or uncle take you to a game or a race. And then the device—they want the device to have relevance into the actual game. That’s not going to be upon us tomorrow morning, but over the next decade and longer, it’s going to be a very big factor.”

With the ball (so to speak) in MLB’s hands, the league is on the clock to modernize the game to make it more appealing to millennial fans. This will have a ripple effect on attendance, merchandise sales, and the local economies that feed off of live gameday culture. The bars and restaurants that surround Tropicana Field in Tampa Bay, for example, could have a bleak future with the Rays having the worst attendance for the 2014 season.

With many decades of baseball in my blood (some of which was spent in a professional capacity as a reporter), I am ready to offer some suggestions on how to make baseball more appealing to millennial fans without destroying the history and integrity of the game.

I once had a YouTube account shut down when MLB took exception with my taking and posting videos of pregame and between-the-innings fun. Mascots were my thing (don’t judge) and those furry friends love to pose for the camera. I have seen security guards at the entrance gate turn away fans who brought in cameras that were deemed to be too “professional.”

Instead, baseball should encourage fans to bring every digital device they own to the games and turn them loose to record anything they want and virally share those clips. I doubt professional broadcasters fear any fan televising a game in real time. A selfie with Lou Seal or Baxter—come on, who won’t love that.

Every sports marketer should be required to spend a week attending Charleston RiverDogs minor league games. The RiverDogs are the envy of professional sports for their innovative approach to baseball. Even concession stands are armed with food aimed at younger fans (yes, a hot dog stuffed inside a pickle) and a roving public address announcer who wanders through the stands interacting with fans and telling jokes between pitches. Fans are encouraged to take pictures, shoot videos, and feel like they are part of the game. As with any smart marketing approach, the RiverDogs are always in touch with their fans for new ideas to make the games more fan friendly.

Our staff promo meeting is on site at a local middle school to get some fresh, new, ideas! pic.twitter.com/qTI6LehCbA

Wait. Did I mention Bill Murray is one of the team owners? His title is Director of Fun.

I have attended more than my share of games and sat through hours of tedium just to see the band that was performing after the final out was made. Bob Dylan was known for his concert tours at minor league stadiums with the Goo Goo Dolls, Collective Soul, LL Cool J, and Trace Adkins each having an after-game stadium concert under their belts. I recall seeing Train perform prior to a MLB All-Star Game in Anaheim to the delight of fans of all ages. It’s a natural fit, and one that needs to be massively expanded.

Those ideas are just for starters. Ultimately shortening the game times will help, especially since most ballparks stop serving beer after the seventh inning but it is much wiser to focus on what can be added rather than eliminated. Baseball, like any other cultural institution, is not immune to changing times and the makeup of a new breed of potential fans.