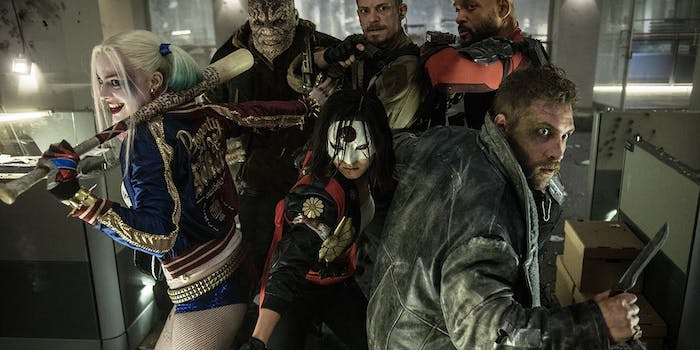 Making fun of beauty queens has become a national pastime in the Internet age.

This year’s Miss USA pageant may be over, but thanks to the Internet, we can still bask in its highlights.

But it’s more accurate to say we can bask in its lowlights, given what clips tend to go viral each year. After the 2015 contest, it’s been the “cringeworthy” responses of Miss Rhode Island and Miss Nevada, who were respectively asked for their thoughts on political correctness and ending racism. Here are Miss Nevada’s thoughts on race relations:

What I would do to improve race relations in the U.S. is get more races grouped together, and be able to be with each other in a, in a non … I think what we need to do is bring … We need to be more accepting of each other and we need to bring people together.

Making fun of such responses has become a national pastime, one as popular as the show itself. Look at 2007’s Miss Teen Colorado, Caitlin Upton, and her answer about “the Iraq.” Or Carrie Prejean, 2009’s Miss California, who was widely criticized for her stance on same-sex marriage. Or Marissa Powell, who was Miss Utah in 2013, and got taken down a peg for suggesting that we should “create education better.”

These answers are pretty bad. But what’s far, far worse than a lunkheaded response is the way we take sick pleasure in watching these women screw up. As viral-ready as these moments may be, lying in wait to delight in others’ unfortunate gaffes—ones that will likely continue to haunt them in an age where your entire history is a Google search away—reflects the most predatory parts of the Internet. If anything, Miss USA is just setting women up to fail—on every TV screen and computer monitor in America.

In an essay for Salon, Rachel Kramer Bussel argues that the judges asked contestants particularly pointed questions this year, which seemed purposefully designed to trip them up. On stage and in front of millions of Americans, what would you say in response a question like this: “Last year, CEOs in the United States made around 300 times as much as the average worker salary. Should the government impose boundaries on salaries of executives?”

Another question asked the girls their opinions on diplomatic relations between Cuba and the United States, which is better fit for an Economist feature, not a 60-second sound byte.

Of course, the viewers who watch Miss USA don’t really care to hear these women’s takes on the pressing issues of the day—after all, the telecast devotes just 15 minutes to the interview portion, while the rest is dominated by performances and swimsuit segments. As Amy Odell wrote at BuzzFeed, “the masses don’t want to watch someone take an SAT to prove their brains. That’s not good television.”

If anything, Miss USA is just setting women up to fail—on every TV screen and computer monitor in America.

And it’s not good Web content either. Viral videos are the descendant of reality TV when it comes to humiliation, as watching someone else fail remains an extremely popular spectator sport—whether it’s Scarlett taking a tumble or watching female contestants get voted off The Bachelor. As Jon Ronson’s lightning-rod bestseller So You’ve Been Publicly Shamed points out, the Internet has made public embarrassment impossible to ignore—and with the acceleration of the news cycle, there’s always another easy target to mock on Twitter, which is a useful tool in amplifying schadenfreude.

After Miss Utah’s public lampooning, the Daily Dot’s Gaby Dunn pointed out that her gender and status as a beauty queen was a major part of the widespread criticism of her comments. “We love it when beautiful women mess up because it throws down the perfectly crafted curtain and reveals that behind veneers and make-up, they are flawed,” Dunn wrote. “The pedestal comes crashing down. ‘I knew it!’ we shriek, delighted. ‘I knew someone couldn’t be both pretty and smart!’’

On the Internet, schadenfreude—taking pleasure in other people’s pain—is big business. An agency called Thinkmodo is making millions on this exact concept, marketing viral videos that “subject unsuspecting folks to wild practical jokes,” according to Time’s Victor Luckerson. Thinkmodo calls it “prankvertising.” In 2014, the firm used footage of a demon baby attacking unsuspecting New Yorkers to market Devil’s Due, a low-budget horror movie.

“We like to see each other’s lives and foibles and accidents,” Boston University professor Edward Boches told Time. “It sort of feels more real world and something that might… approximate in a way our own lives and our own experiences.”

That sense of schadenfreude is there every time we watch the latest celebrity scandal unfold on TMZ, and it has a way disproportionately targeting women, who are the majority of victims of revenge porn or public harassment campaigns like Gamergate. However, our desire to see people shamed and humiliated is particularly harmful toward women from whom we expect perfection. In 1983, Vanessa Williams was stripped of her crown for a nude photo scandal, and Carrie Prejean would be mired in a similar controversy years later. It was Donald Trump, of all people, who stood up to let Prejean keep her crown.

As the Daily Beast’s Amanda Marcotte puts it, we want pageant contestants to be “sexy, but not sexual.” These women are allowed to be one thing and one thing only, and when they show us flaws—a side of themselves that’s as human and “real” as we say we want women to be—they’re torn apart for it, all for the sake of ratings. Thankfully, after this year’s Trump scandal forced NBC to part ways with the program—with the pageant being streamed on Reelz instead—this year’s Miss USA ratings were the lowest in the history of the broadcast.

As anyone who has seen Miss Congeniality knows, there’s something inherently funny about beauty pageants—between the pomp and circumstance, the canned answers, the artifice, and how outdated the whole practice is. While many have suggested that it’s time for Miss USA to go, that doesn’t change the fact that we have to challenge how we talk about the beauty queens who participate in it. It sucks that we like to laugh when women say something dumb, but what’s an even worse is that we didn’t want them to say something smart in the first place.

All the while, the real joke is on us—not them.