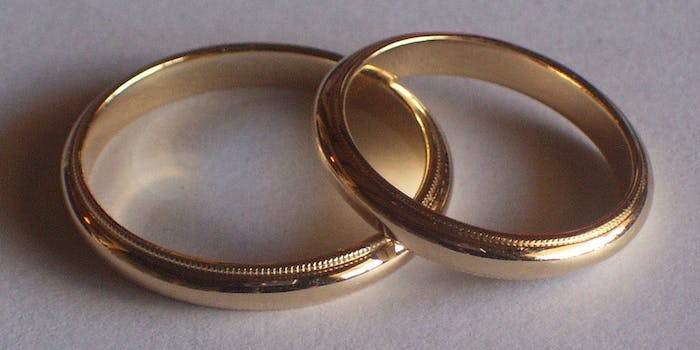 One of these rings is not like the other.

The only thing more shocking than the fact that Who Wants to Be a Millionaire? is still on TV is the caliber of the show’s contestants. One woman who went on the Australian version of the game show is living proof of this.

Millionaire host Eddie McGuire asked the young woman which of four pieces of jewelry was not commonly used to symbolize a relationship. The options were: engagement ring, wedding ring, anniversary ring, and burger ring.

What is a burger ring? It’s not a real thing. But you wouldn’t know that from her answer.

At least the woman’s regretful utterance of “This is the most embarrassing thing that has ever happened to me” was correct. Since its Dec. 16 upload, the YouTube video of her gaffe has been seen over 6,300, times and it has also made it to the front page of Reddit’s r/videos community.