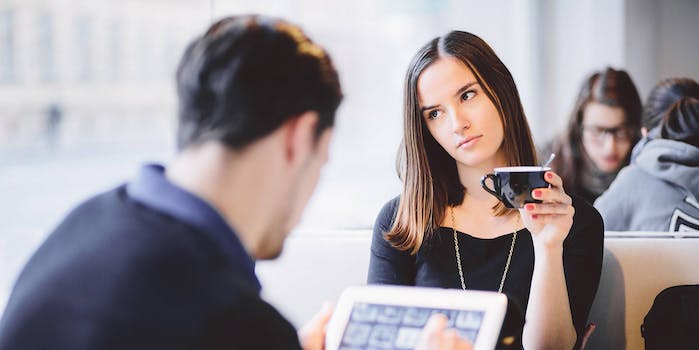 It’s meaningless to shoehorn an entire age cohort into a label like “millennial,” but marketers tried it anyway. Now the media is convinced that millennials are real—and that they’re killing absolutely everything.

Millennials, a generation of MURDERERS pic.twitter.com/I7PimFWTaO

By god, it’s a massacre! More like Kill-ennials, right? Will there be anything left of our beloved society by the time millennials grow up?!

These hyperbolic headlines, designed to appeal to olds’ fear of change, describe behaviors that are transparent and sensible to anyone born after the mid-’80s.

Wine and golf are traditionally habits of the well-to-do, but millennials are burdened with a tough job market and the decline of unions, as well as the normalization of unpaid internships and a shitload of student debt. And yet, older generations are mystified that young people just aren’t buying cars or diamonds.

And, as for “killing credit,” it shouldn’t be a huge surprise that a generation already saddled with an unprecedented educational debt crisis is wary of taking on consumer debt at the same time. “Millennials don’t use credit cards because they have no money“: this shouldn’t be so difficult to figure out.

Don’t get me started on the recent argument that millennials are somehow ruining vacation time for “the rest of us.” Come on.

I'm still puzzled as to how an allegedly lazy, entitled generation is now to blame for working too much. Quite the reversal.

Some of the other things millennials are killing might deserve to die. Will anyone show up to the funerals of bad advertising, the McWrap, email, focus groups, the napkin industry, and annual performance reviews?

Now we finally seem to have reached peak “millennials are killing,” and the trope has become a punchline about failed attempts to understand Kids These Days. (Or cynical misreadings that drive a lot of clicks!)

Headline: Millennials Are Saying No To Dogs Or Something
Me: get ready…..to go viral mother fucker…..

hey millennials! stop ruining going to hell when u die for the rest of us!

Piss us off and you can kiss the rest of your fave toiletries goodbye https://t.co/3f4BoAH2XI

How to be a pundit:

1. Say "I think millennials are…"
2. Say *any lie you want,* up to and including accusations of pagan sex witchcraft.

IS THERE NOTHING YOU FILTHY MILLENNIALS CANNOT RUIN pic.twitter.com/xvCsEpzO8h

Millennials Are Killing Me Softly With His Song, Telling My Whole Life With His Words

Why Won't Millennials Kiss Me on the Mouth?

This is a very good joke and a worthy thing of which to make fun. Until, of course, millennials kill the “millennials are killing” meme.