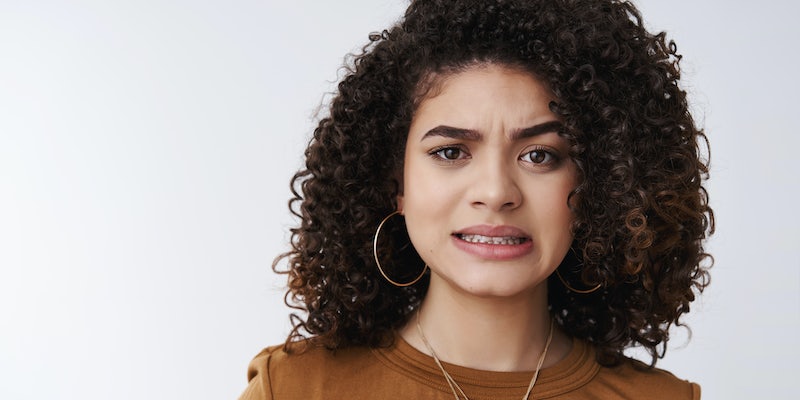 What the ‘millennial pause’ discourse says about millennial vs. Gen Z

Can a viewer tell if a TikToker is past their mid-20s? Some younger users on the app believe there are telltale signs that a person making videos is in the millennial age bracket. One of them is the “millennial pause,” as the Atlantic’s Kate Lindsay recently reported.

The millennial pause is when someone takes a brief pause before they start speaking in a video. Apparently, this makes us look old. As Lindsay writes, “Millennial-isms have made for a whole genre of parody,” especially on TikTok. Gen Z creators are now mocking millennials for views on the app.

Every time there is a Gen Z vs. millennial debate on TikTok, it spreads to other parts of the internet. Eventually, people debate if the cultural divide actually exists.

In the case of the millennial pause, I didn’t even recognize what it was until TikTok users posted videos about it. But not everyone agrees with the assessment that all millennials are “uncool” for using certain mannerisms and phrases.

In a TikTok video from this week, Kahlil (@kahlilgreene), a self-described “Gen Z Historian,” says that “much of this Gen Z vs. millennial debate is a debate between white people who actively try to put themselves closer in proximity to Black American culture (Gen Z) and white people who are more distant and entrenched in their own distinct suburban culture (millennials).”

“For many Black Americans young and old, white creators across generations are equally as corny or cringey,” he adds. Most of the commenters on the video agree with Kahlil.

The good news is that if you’re a millennial, especially an older millennial, you probably no longer care what strangers think of you. And you definitely don’t care about what TikTokers are saying about your generation.

As writer Karen K. Ho tweeted, “if you are currently worried about the Millennial pause, I assume you do not worry about hate crimes or climate change.”

The discourse about the millennial pause also brings up an important point: When people make generalizations about Gen Z and millennial culture, who are they actually talking about?