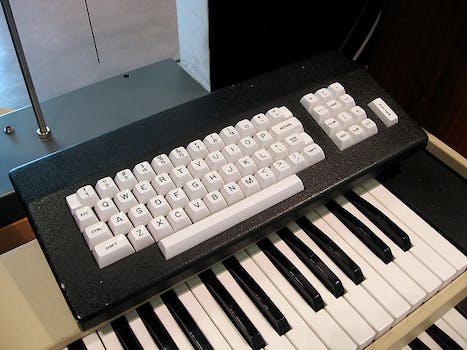 This awkward salesman is the best drummer you’ve never heard

You are not ready for this.

Forget everything you think you know about rock & roll. This vintage two-minute product demonstration will leave you wanting to throw your drum kit on Craigslist and pick up this otherwise absurd musical/PC hybrid keyboard.

Just start with the hi-hat on each of the four beats, the bass drum on the first and third, and the snare drum on the second and fourth. After that, things get complicated, unless of course you’re this guy, who makes a MIDI drum solo look ridiculously easy.

You are not ready.

The best part? You can still pick up the Prodikeys dual keyboard he used for under $70.