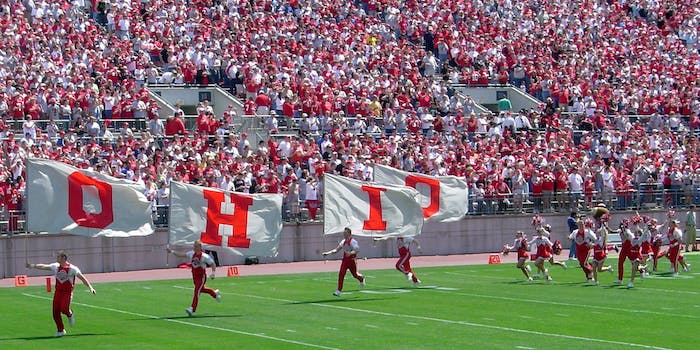 When a rival player was injured during one of college football's biggest rivalries, this player didn't hesitate.

The yearly battle between Ohio State and Michigan is a time-honored tradition simply known as The Game. Rarely is the contest remembered best for an act of pure sportsmanship.

It was exactly that sort of memento of the Nov. 29 matchup fans will share far more than the final score when Michigan’s Devin Gardner knelt next to Ohio State’s quarterback J.T. Barrett after the Buckeye suffered a season-ending ankle injury. In interviews after the game, Gardner said he and Barrett had a close bond, with each thinking of the other as a brother.

Gardner’s act of unselfishness earned him a letter of thanks from Ohio State’s Dave Claborn, director of development and community relations, which he posted on his private Instagram account. 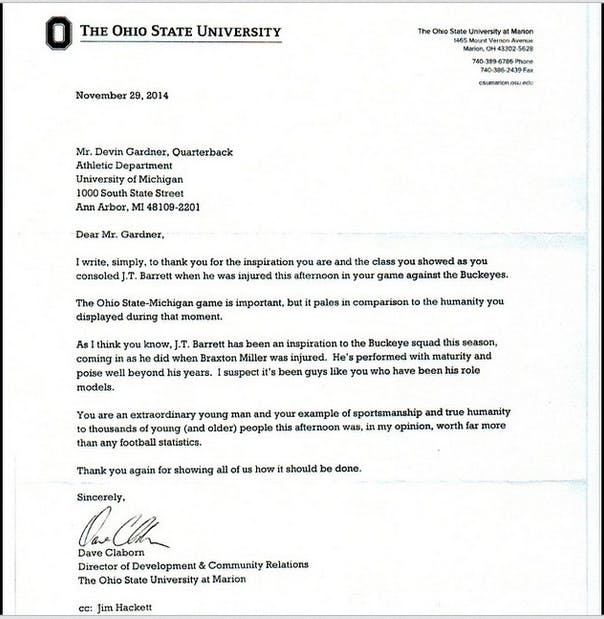 On social media, mentions of the Wolverine player’s kindness has spread far and wide with the hashtag #RivalryAsideForABriefMoment

From his hospital bed, Barrett issued thanks to all his supporters and reported that everything was going well. Ohio State coach Urban Meyer said Barrett, a Heisman Trophy hopeful, will likely be back for the start of spring football in 2015. Barrett was named Big 10 Freshman of the Year.

In the meantime, Ohio State will be forced to use third-string quarterback Cardale Jones in its Big 10 championship game Dec. 6 against Wisconsin.

Correction: An early version of this article transposed the name of the team facing Wisconsin in the Big 10 championship. That’ll be Ohio State.