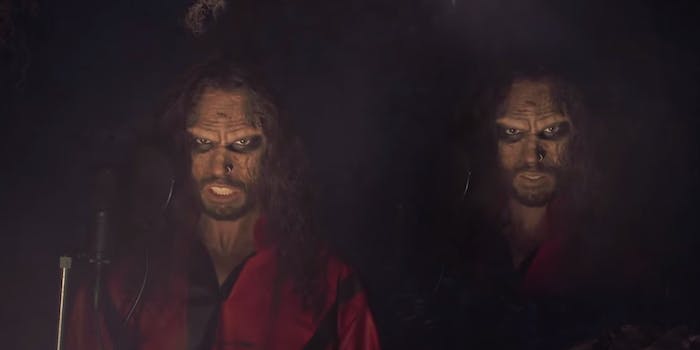 The YouTube hitmakers at Ten Second Songs are back with a seasonal favorite. Log-jamming 23 different pop impersonations into five minutes of Michael Jackson’s “Thriller” is a tall order—Port Chester, N.Y. musician Anthony Vincent is up for the assignment.

Watch him sing “Thriller” in the key of everyone from Marilyn Manson to Harry Belafonte to Rick Astley to Oingo Boingo to Tom Waits. He raps at one point, too.

Vincent is a journeyman rocker that’s found a second professional life as a YouTube musician. In March, he gave the same treatment to Katy Perry’s “Dark Horse,” and 12 million views later he’s a professional that writes corporate jingles and personalized songs.

You can dismiss his craft, his eyebrow piercing, or his circa Soundgarden mane—but I’ll always endorse the welding of a nerve-pinching idea coupled with unsinkable musical talent.