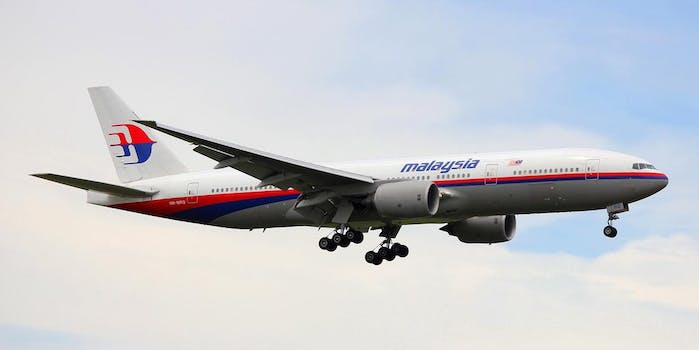 After 16 months with no answers, new clues have emerged regarding the whereabouts of missing Malaysian Airlines flight MH370.

A piece of debris washed ashore on a beach in the Indian Ocean on Wednesday, and is being examined to determine whether or not it belongs to the missing airliner that mysteriously disappeared off the coast of Malaysia in March 2014.

The wreckage was discovered on Reunion Island, a French territory east of Madagascar. A witness sent photographs to a former military pilot and aviation security expert, Xavier Tytelman, who believes the debris could be a part of MH370, the Telegraph reported Wednesday.

“Incredible similarities between the [wing flap of] a [Boeing 777, the same type of aircraft as MH370,] and debris found this morning,” Tytelman tweeted. Additionally, he believed the debris had been in the water for more than a year, based on the build up of barnacle and rust, which is consistent with the timeline in the disappearance of MH370.

It’s too soon to tell whether or not the debris does, in fact, belong to the Malaysian Airlines plane, a French official told CNN. “We just found the debris this morning.”

Some are hopeful investigators will quickly determine the origin of the part. “Every manufacturer puts a data tag, or data plate, on every part that goes on an airplane,” former NTSB investigator Greg Feith told Wired.

777 debris in that part of the world = #MH370. No other hull losses anywhere near there.

Malaysian Airlines flight MH370 was en route to Beijing when it vanished on March 8, 2014. It carried 227 passengers and 12 flight crew from 15 countries. About an hour after takeoff from Kuala Lumpur, the air traffic controllers lost communication with the flight over the South China Sea and Gulf of Thailand, where the initial search began. The debris was discovered almost 4,000 miles away from where it disappeared.

Inevitably, numerous conspiracy theories sprouted up during the search.

A second theory suggested that maybe the U.S. shot down the plane and cleaned up the debris as hijackers took it on a “kamikaze mission” into the Indian Ocean.

Rupert Murdoch tweeted that the plane was hijacked by jihadists and was hidden in Pakistan, “like Bin Laden.”

The most-believed theory, however, purports that a fire broke out in the cockpit, causing pilots to divert the flight westward to a nearby runway, but didn’t make it in time.

The missing plane befuddled even the savviest of detectives, but that didn’t stop redditors from taking the case. Fortunately, their persistent investigation stayed on the message boards—unlike the trouble the amateur Internet sleuths caused in the aftermath of the Boston Marathon bombing in 2013 when two men were falsely accused of committing the terrorist act.

Once officials identify the mysterious piece of debris, online investigators, and most importantly the families of the vanished, may finally get the answers and closure they so desperately need.