Mainers are known for their uniquely dry sense of comedy, but one 19-year-old from Pittsfield, Me., may have just taken Downeast humor to a new level. Earlier this month, Robert Burt showed up at the Somerset County Jail to serve two days for driving under the influence. To commemorate the occasion, he wore a custom-made shirt that featured his previous mug shot. When jailers booked him and took his mug shot again, a totally meta moment was created for the ages. 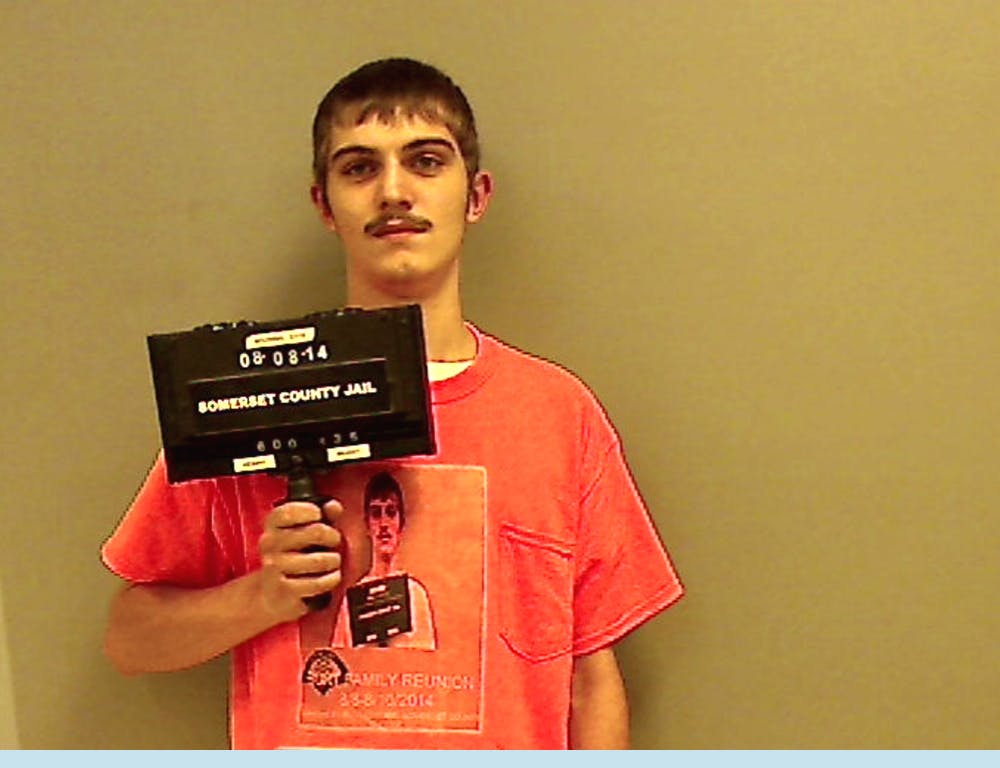 Photo via the Smoking Gun

According to the Smoking Gun, Burt created the shirt with the help of a coworker just before going to jail to serve his 48-hour sentence on Aug. 8. Below his picture were the words “Burt Family Reunion 8/8-8/10-2014” and “Sponsored by Bud Light and the Somerset County Sheriff.” Burt later wrote on his Facebook that the officers who took his booking photo were “laughing their asses off” and made him hold the sign so that it didn’t obstruct the shirt.

A viral mugshot will do little to help Burt in the future, but at least the guy has a sense of humor.