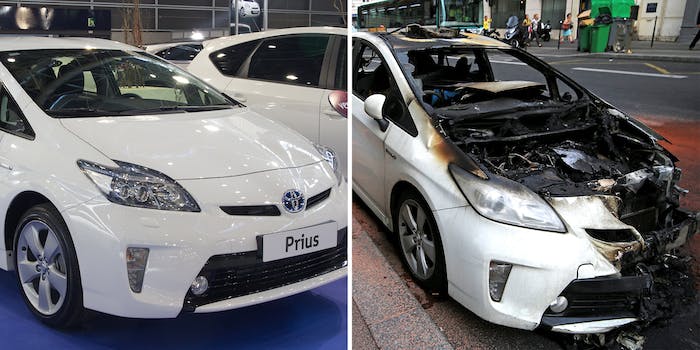 The years take their toll, some more than others. Do you miss how much younger and happier you were in 2006? Or do you think about how much you’ve grown as a person since then? Either way, here’s a half-serious new meme for discussing the cruel tricks time plays on each of us: Me in 2006 vs. Me in 2016.

It’s very straightforward: just two pics. Some people are taking it very literally, posting images of themselves from today and a decade ago. That is one valid approach.

So @ChrisCrossMedia inspired me with his latest pic, so here's me standing around like an asshole in 2006 & 2016. Go me. #time pic.twitter.com/gbK1qP65Kq

But most entries are metaphorical and jokey, in the same sense as  “I’m this guy” and “Me IRL.”

As you can see, the three schools of thought behind this meme are: older and wiser, exactly as dumb as before, and literally on fire.

me in 2006 and me now pic.twitter.com/7RZeYbeCsB

I wonder if someone did the bad and obvious Harambe joke!

Of course they did.

If you wish to express your life’s regrets, or express that you have none, this is the currently popular way to do so.

Time comes for all of us, in the end.