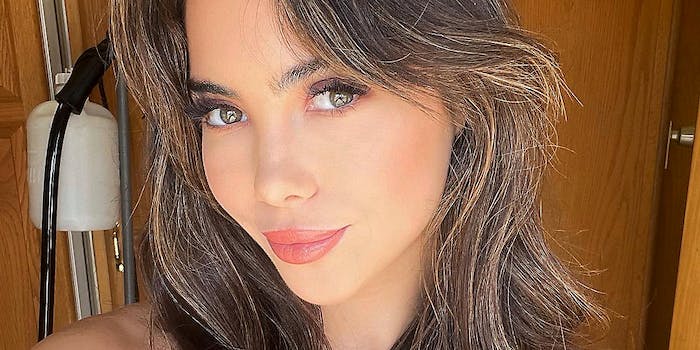 The former gymnast pulled back the curtain on her 2012 Olympic competition.

Former Team USA gymnast McKayla Maroney took to Instagram Stories over the weekend to set the record straight on her 2012 Olympics win and reveal how the now-imprisoned Larry Nassar lied about her injuries.

On Sunday, Maroney went into detail about her 2012 London Olympics training and competition, saying she went into the vault events with a broken foot, due to then-coach Márta Károlyi having the team start training as soon as they got off the plane. She says she also sustained a severe concussion two weeks before the Olympics, and that she failed several concussion tests but was allowed to compete after eventually passing one.

She states that Nassar gave her “sleeping pills” for the flight and later lied to Károlyi about the extent of her injuries. In 2017, Maroney revealed she is one of many gymnasts the doctor abused over the years.

She says that by competing she was “risking” her career and that many Olympic gymnasts often have “nothing left to give” by the time they reach finals.

On Twitter, Maroney went after USA Gymnastics and the U.S. Olympic Committee (USOC) for putting her in danger as a minor, isolating her from her parents, and leaving her “with limited food supply, and a doctor molesting me twice a day.” Gymnasts’ parents aren’t allowed at the Tokyo Olympics either.

Maroney is currently working on a book about her experience.