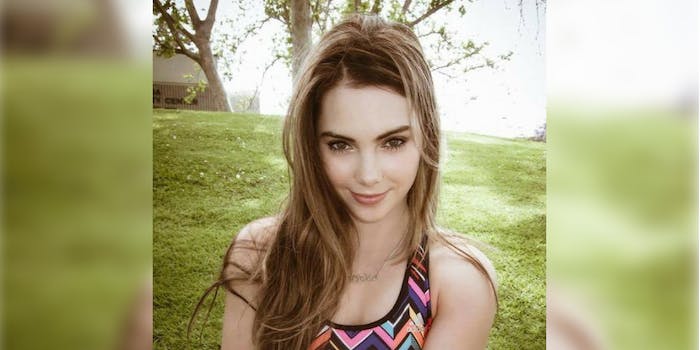 'It's never too late to speak up,' the gold medalist wrote.

In a heart-wrenching post on Twitter shared in the early hours of Wednesday morning, Olympic gold medalist McKayla Maroney said that she had been molested throughout her time on the women’s U.S. Olympics gymnastics team.

Maroney said the abuse began at 13, at one of her first training camps for the team, and didn’t end until she left the team. She says Nassar had told her she was receiving “medically necessary treatment,” had molested her during the 2012 Olympics in London, and at one point had even drugged her when she was 15.

“For me, the scariest night of my life happened when I was 15 years old. I had flown all day and night with the team to get to Tokyo. He’d given me a sleeping pill for the flight, and the next thing I know, I was all alone with him in his hotel room getting a ‘treatment,'” Maroney wrote in her post, an image she shared on the platform. “I thought I was going to die that night.”

Maroney went on to suggest ways in which advocates can help uplift survivors and stop these cycles of abuse, writing that in addition to survivors sharing their stories, institutions must be held accountable and must educate those they preside over, and that abusers must not be tolerated.

“Is it possible to put an end to this type of abuse? It is possible for survivors to speak out, without putting careers, and dreams in jeopardy? I hope so,” Maroney wrote. “Our silence has given the wrong people power for too long, and it’s time to take out power back. And remember, it’s never too late to speak up.”