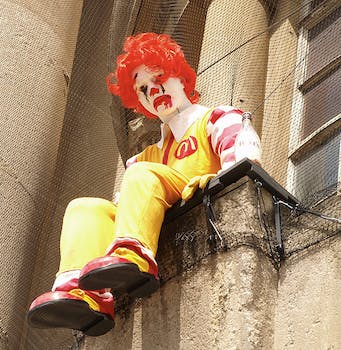 Some McDStories are best left untold

The fast food chain bit off more than it could chew on Twitter after asking users to submit their favorite "McDStories."

With nearly 500 million users, it’s easy for corporations to mistake Twitter for one big publicity machine. However, the social network is not so easily controlled.

McDonald’s is the latest company to learn this lesson the hard way. On Jan. 18, the fast food chain’s official account, @McDonalds, started a Twitter promotion with two tweets using the hashtag #McDStories.

“‘When u make something w/pride, people can taste it,’ – McD potato supplier #McDStories,” they tweeted.

But this week Twitter users proved that some stories are best left untold.

“My father used to bring us to McDonalds as a reward when we were kids. Now he’s horribly obese and has diabetes. Lesson learned #McDStories,” wrote @natebramble.

“One time I walked into McDonalds and I could smell Type 2 diabetes floating in the air and I threw up.#McDStories,” wrote @SkipSullivan.

“Thank you #McDstories you gave me a very valuable lesson for my marketing job today and it was free:)” wrote @deepstereo.

McDonald’s didn’t have to learn this marketing lesson the hard way. There are countless examples of corporations whose Twitter promotion attempts crashed and burned.

Last October, Wendy’s received a veritable beating on Twitter in response to its hashtag promotion, #HeresTheBeef. The fact that the promotion coincided with another hashtag, #MeatlessMonday, didn’t help.

“#HeresTheBeef inside this genetically modified, overly hormoned, horribly mistreated perversion, which was once called a cow. Yay!” tweeted @benfannin.

In November, Twitter made examples of two more companies.

After Australian airline Quantas grounded all flights for a week in response to a workers’ strike, its social media director attempted to drum up goodwill by inspiring Twitter users to share stories of #QuantasLuxury. Instead, they received sarcastic and bitter replies.

“Quick note to corporate Australia: when you’re in the middle of crushing your workforce, don’t start a twitter promotion,” tweeted @jeremysear.

The lesson here for McDonald’s? Don’t try to force-feed the hand that bites.