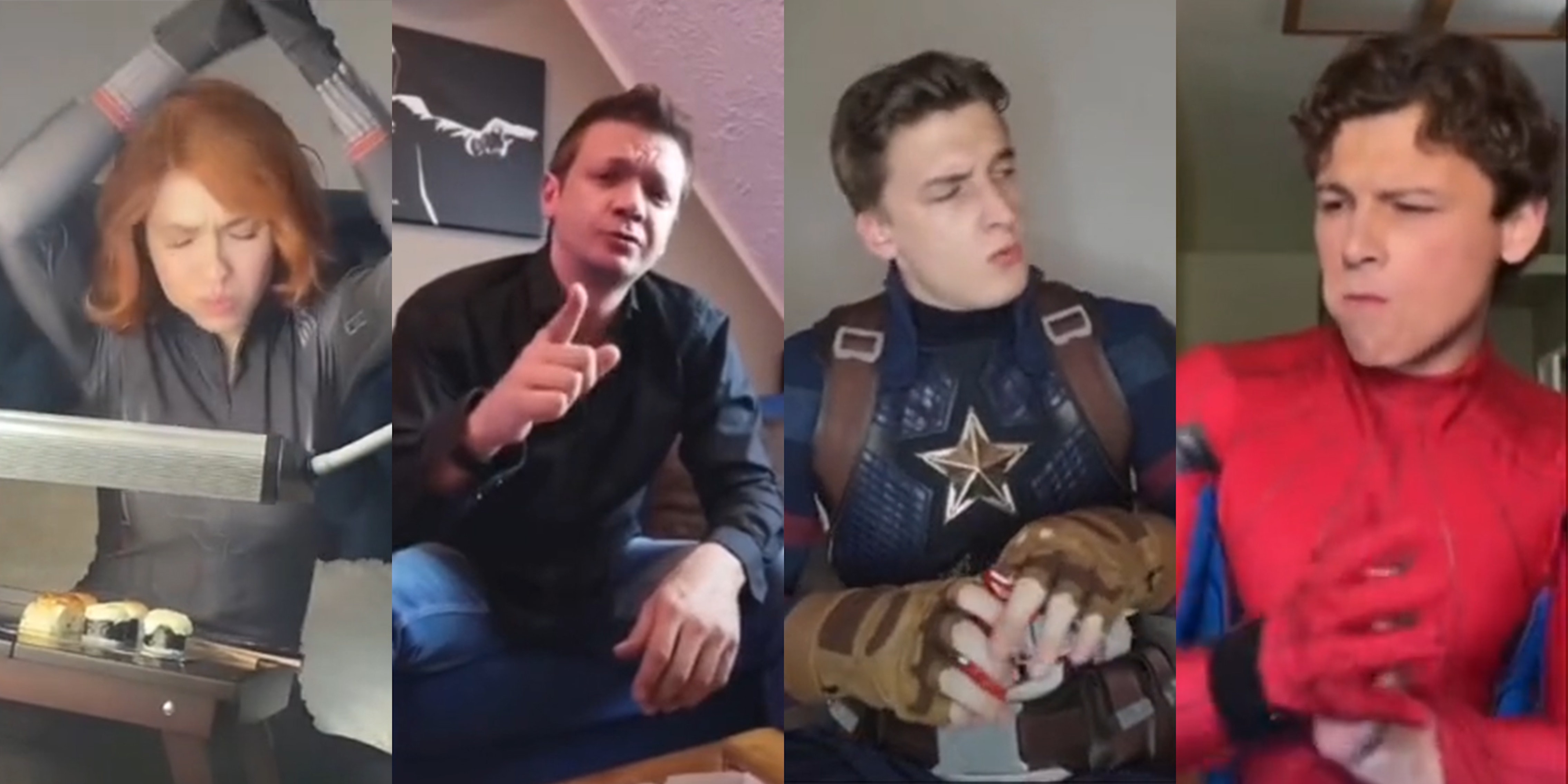 Marvel lookalikes are duetting each other on TikTok

Some of these cosplayers are impressively realistic.

TikTok cosplayers are leveling up in a big way. The latest trend involves Marvel actor lookalikes dueting in-character as the Avengers—and some of them are seriously convincing.

First up, we have Russian TikToker @kate_johansson, a Scarlett Johansson lookalike who posted a clip of herself eating sushi while dressed as Black Widow. This was quickly picked up by TikToker @clynned, who isn’t exactly wearing a sophisticated MCU costume but is instantly recognizable as Hawkeye due to his resemblance to Jeremy Renner, distinctive frown-lines and all:

This quickly kicked off a chain of MCU lookalikes eating snack food to the strains of “Leave the Door Open” by Bruno Mars, with Spider-Man/Tom Holland cosplayer @heyjohnson joining Black Widow for dinner. Soon, they were joined by Tony Stark, Ant-Man, and Captain America.

TikTok is really the ideal platform for this style of cosplay media, which initially came to fame on Tumblr in the early 2010s. On Tumblr, roleplaying cosplayers would post short clips and homemade reaction gifs in-character, sometimes answering questions from fans. TikTok makes the whole process easier, allowing an international team of Avengers to find and duet each other in a matter of days.