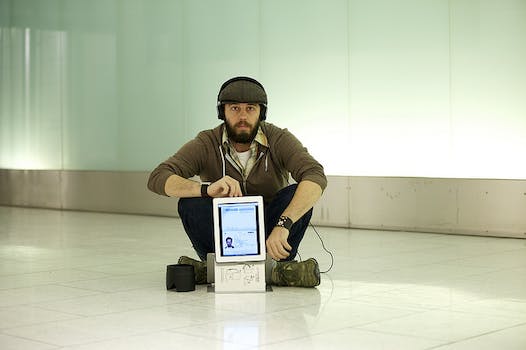 Crossing borders with an iPad instead of a passport

One Toronto man insists he crossed from Canada into the United States with just his iPad. But did it really happen—and can he do it again?

Martin Reisch is an American border guard’s worst nightmare: a foreigner who’s famous for breaking the rules and getting away with it.

But did he? And will he do it again?

Reisch, a Montreal photographer, shot to fame last week when he tweeted that he’d crossed the border from Canada using only his iPad, displaying a scanned copy of his passport. The news went viral in Canada, while in the United States there was, understandably, somewhat less of an appetite for the story.

On Monday, he attempted to re-enter the US en route to the Consumer Electronics Show in Las Vegas.

The first time it happened he had been en route from Montreal to the Vermont border when he realized he’d left his passport at home. For the past several years, Canadians have been required to have a valid passport if they wish to travel to the U.S.; previously they could make do with a birth certificate or driver’s license, and before 2009  there was essentially no paperwork burden at all on American-bound Canadians.

After the Great iPad Caper news broke, Reisch was quickly invited to appear on the Canadian Broadcasting Corporation’s Daybreak Montreal show, written up in newspaper articles overseas, and even offered new careers.

“If you need a job in security, let me know!” read one email from Jay Prince of CoreTechs Security. Reisch, sensing his fifteen minutes had arrived, twitpic’d it. Now he’s been made into a rage comic and immortalized in a Taiwanese animation which clearly demonstrates just how much Canadians look like Cold War-era Soviets.

By the next day, a spokeswoman for the U.S.Customs denied the episode had occurred as reported. Spokesperson Jenny Burke was quoted as saying:

“The assertion that a traveller was admitted into the U.S. using solely a scanned image of his passport on an iPad is categorically false. In this case, the individual had both a driver’s licence and birth certificate, which the CBP (U.S. Customs) officer used to determine identity and citizenship in order to admit the traveller into the country.”

Reisch, reached by email at home, in turn, said that Burke’s statement is false.

“I spoke to wired.com about their statement on the birth certificate. Never happened. Don’t even know where mine is to be honest!


It’s been pretty crazy though, how far the news spread in so little time. I’m heading on a plane in a few hours to Las Vegas so we’ll see how that works out. I AM of course bringing my real passport!!”

As evidence, he showed this Twitpic.

But what are the odds he’s on the no-fly list now?