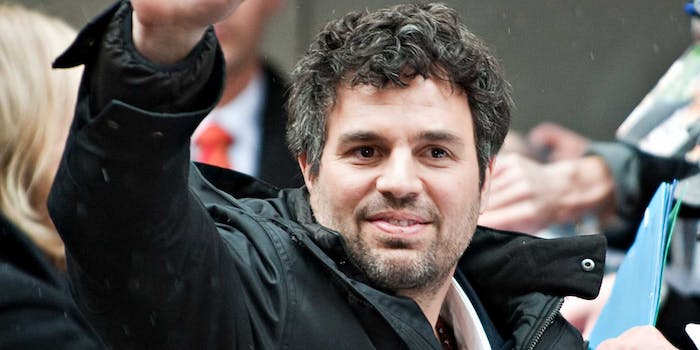 What do you do when the Hulk steals your Halloween candy? Attack, obviously.

Halloween offers an opportunity for one of the most classic dad jokes in existence: telling your kids that you ate all their Halloween candy.

This year, Mark Ruffalo did exactly that.

Here’s why this is the perfect dad joke: it’s repetitive and frustrating, but it works every single time because there’s always a tiny chance that your dad really did steal all your candy. And so, Mark Ruffalo’s kids attacked him with everything they had.

Told the kids I ate all their Halloween candy. I think they took it well!https://t.co/SJUQTAfkvL

Yeah, he probably got what he deserved.

Update 1:25pm CT, Nov. 3: If Ruffalo’s video seems familiar, there’s a reason for that. He shot it for Jimmy Kimmel’s annual “I Told My Kids I Ate All Their Halloween Candy” challenge. Now in its fifth year, Kimmel’s sadist tradition is still tricking and angering more young minds than ever—something Doc Brown most certainly predicted.

Photo via Siebbi/Wikimedia (CC BY 3.0)