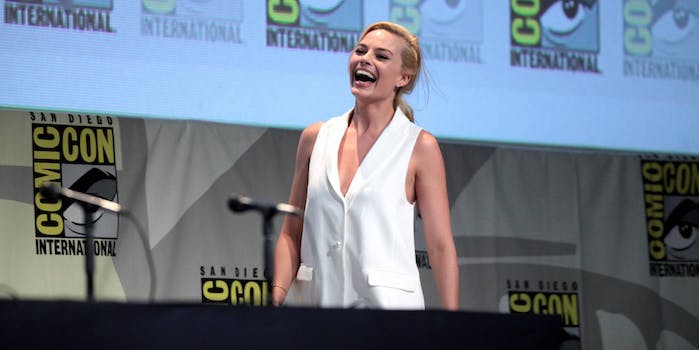 'People are mainly taking issue with the opening paragraph, which quotes lyrics from Santana's 'Smooth.''

For its August issue, Vanity Fair went with Suicide Squad‘s Margot Robbie as the subject du mois. The actress’ cover shoot was standard bikini shots, though the profile about her was anything but ordinary.

Critics are decrying the sexist, seemingly bizarre language of the article, which paints Robbie and her home country of Australia in an oddly reductive manner. Journalist Rich Cohen likens Robbie’s roots and aesthetic to that of America 50 years ago, thrusting a fascination of the United States onto an entire region and penning a mind-boggling lede that includes the sentences “She is blonde but dark at the roots. She is tall but only with the help of certain shoes.”

Though the lede is just the tip of the iceberg, Twitter simply couldn’t get past the first sentences without first turning Cohen’s words into meme.

What was Vanity Fair thinking? That Margot Robbie article is AWFUL: pic.twitter.com/0cUXLFF1ob

The best swapping of Cohen’s word salad for a porterhouse steak comes from Fusion’s Jason O. Gilbert, who replaced the plaintive pining for a stateside girl next door with the lyrics to Santana’s “Smooth,” featuring Rob Thomas.

The fake screengrab was so strangely believable that Business Insider took the bait, sinking their teeth into comedic gold and coming up with an earnest hot take, which the Daily Dot has lovingly archived via Wayback Machine. You know, just in case someone realizes that, after seven hours of an erroneous article being widely available online, maybe it’s time to take it down. 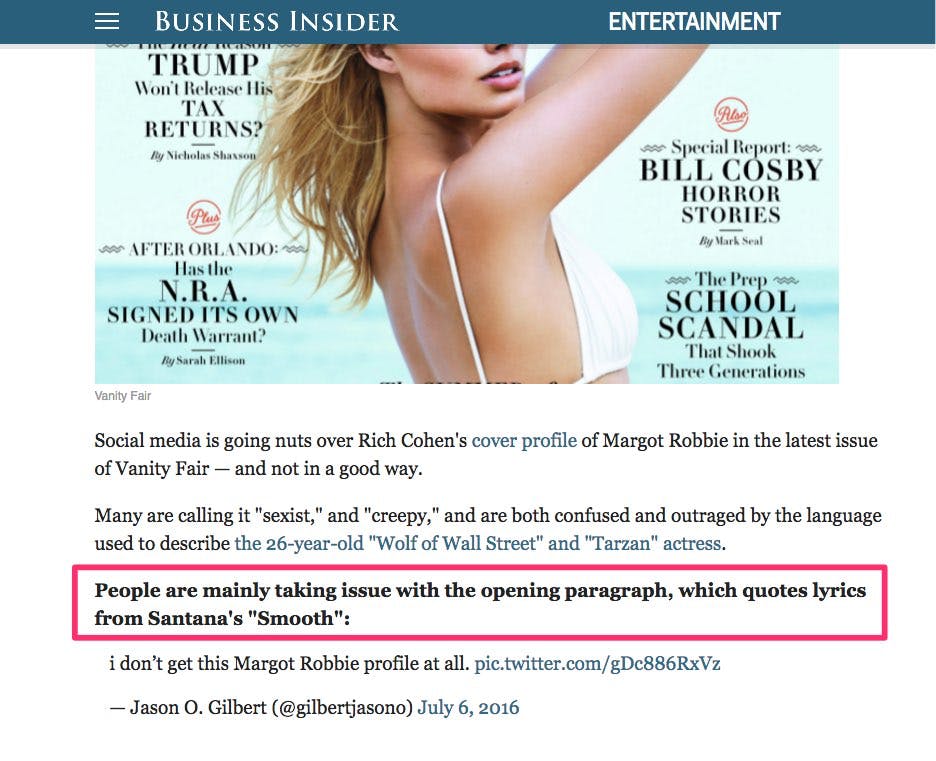 Cohen, for his part, has stayed pretty silent on the criticisms of his article, save for a cringeworthy message of gratitude that took him two tweets to send.

As for Gilbert, who’s now forcibly jammed the 1999 summer banger into everyone’s heads and turned “Smooth” into the loren ipsum for a new generation? Well, he’s still reckoning with his actions.

After seven hours of the post going uncorrected, Business Insider finally did something about their error, issuing an addendum that only further forces “Smooth” into the hearts and minds of readers.

Just kidding—this is the real edit:

See you when the next terrible celebrity profile drops!