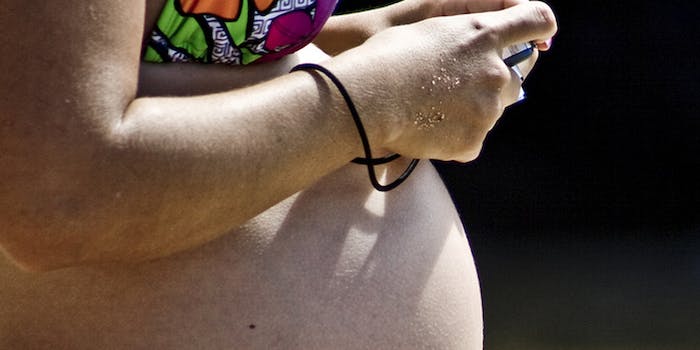 A smiling student, a pregnant teacher, and the selfie that taught us all

A seflie nearly documented the circle of life.

Remember the Selfies at Serious Places Tumblr? Well, here’s a new addition: selfies in front of teachers possibly in labor.

Selfie with my teacher while she having contractions 😄 pic.twitter.com/EuOf7vTxlc 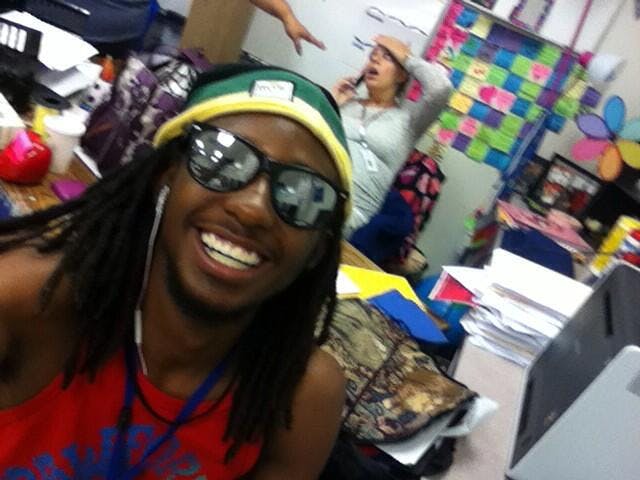 This really is a work of modern selfie expression. A woman, in the background, in distress. A hand reaching out, much like that in Michelangelo’s painting on the ceiling of the Sistine Chapel. A man in the foreground, oblivious to the pain, stating, “I exist.” Of course it went viral.

According to the Miami New Times, Whiter’s teacher, Susana Halleck, isn’t actually due until December, so the fact that she was experiencing contractions two months early was cause for alarm. In the photo, she’s on the phone with her mother. Whiter told South Florida news station Local 10 that he just wanted to capture the moment for both of them. In another tweet, he says he told her to smile before the photo, but she, understandably, declined.

Halleck went to the hospital that day and returned to school Thursday. Whiter’s tweet was retweeted more than 20,000 times, and his peers have congratulated him on his selfie. This is the world we live in now.

And, of course, in the comments of Gawker’s story, his smiling image has already been inserted into various dramatic scenes. 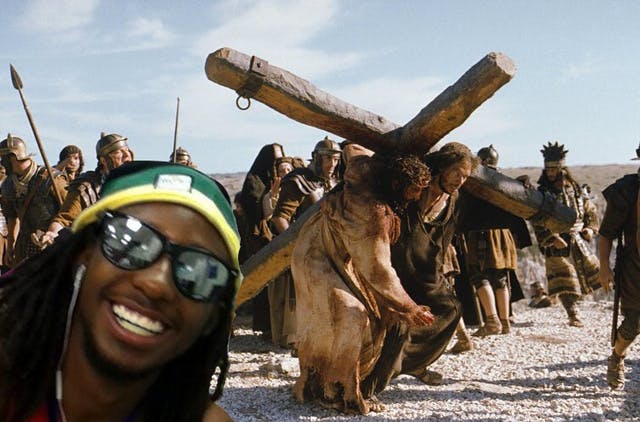