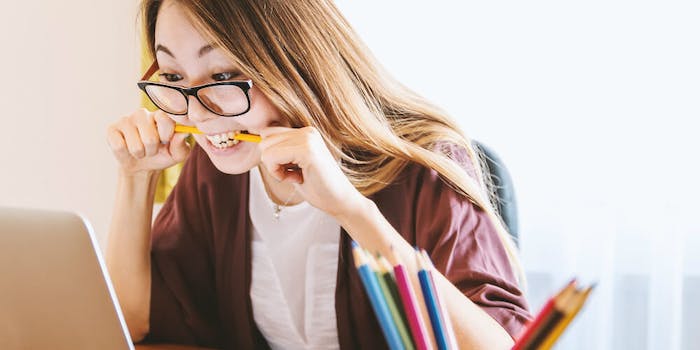 This ‘majors be like’ meme mocks stereotypical college undergrads

'Archaeology majors be like I have a dinosaur due on Monday.'

It seems kind of absurd, when you think about it, that incoming college freshmen are expected to choose a major to ostensibly determine the entire trajectory of their adult professional lives (and at the tender age of 18, or what have you). Yet, the tradition upholds, for the millions of plucky teens marching off to universities each autumn. And now we have the perfect “majors be like” Twitter meme to mock their hasty enthusiasm.

The general setup of the meme is pretty straightforward. One simply tweets, “[type of college major] be like, damn I have a [stereotypical project or broad aspect related to that major] due on Friday [or another day of the week].”

“Aerospace majors be like damn I have a plane due this Friday,” one user wrote. Another joked about stem majors being tasked with producing a robot, shortly after the meme began going viral earlier this week.

archaeology majors be like I have a dinosaur due on Monday 😩

The beauty of the meme is that it works on nearly any level, from more nuanced studies to your everyday sociology, psychology, and business majors.

“Sociology majors be like damn i have to solve systematic racism by friday,” Twitter user @sadmexi wrote.

Others got kind of literal with the meme, particularly those with majors that involve heavy workloads. (Hello from a former art major here.)

“Art majors be like damn i have a critique, sculpture, 4 graphic design projects, 6 sketchbook assignments, and 3 submissions for the art show that need to be prepared to hang due this friday,” Twitter user @ddarchomp wrote.

art majors be like damn i have a critique, sculpture, 4 graphic design projects, 6 sketchbook assignments, and 3 submissions for the art show that need to be prepared to hang due this friday

Or, in at least a couple of cases, the meme can refer to a dearth of a conceivable workload.

Business majors be like I have nothing due this week

film majors be like fuck i gotta do nothing by friday

Others came up with sardonic jokes about the, uh, sad realities of their chosen major. “UGH I have UNEMPLOYMENT due on Monday,” one (presumable) English major wrote.

Although surely–surely–no one would have any jokes to make at the expense of journalism majors, right?

“Journalism majors be like damn i have a buzzfeed quiz due this friday,” Twitter user @jordanrubiks wrote.

Ah, yes, of course. Honestly, though, you could do worse in this climate.