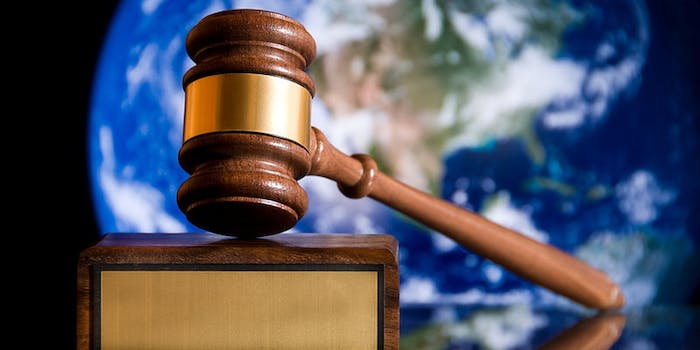 An Austrian law student’s class action lawsuit against Facebook has now passed an initial legal review, and so many people want in that he’s had to cap the list of plaintiffs at 25,000.

According to Reuters, another 35,000 Facebook users found merit in Max Schrems’ argument that the company’s “participation in the PRISM program” and “‘big data’ systems that spy on users or the non-compliance with access requests” constitute violations of privacy. They’ll be added to the suit if it expands, but only after Schrems’ legal team verifies the other claimants.

The action specifically targets Facebook Ireland, a subsidiary that provides access to the social network to anyone outside of the U.S. and Canada. Headquartered in Dublin, it’s also subject to the laws of the European Union, giving Schrems the opening to sue. The international nature of the suit also helps to circumvent the impression that Facebook Ireland has already been investigated for data mining practices and cleared of any wrongdoing, according to Schrem:

Facebook is usually pointing at a non-binding ‘audit’ by the Irish DPC. The actual complaints procedure was however never decided during the last three years. In the two published ‘audit reports’ the DPC has only made ‘recommendations.’ Unfortunately these ‘recommendations’ are not only based on many incorrect facts, there are also serious reasons to suspect that the Irish authorities have deliberately not taken action against Facebook. Many observers assume that this was based on political reasons. In any event: An Austrian civil court is in no way bound by any findings of an Irish authority.

The case is pending at the European Court of Justice, with each plaintiff requesting damages of €500 (about $660), for a potential total payout of €12.5 million ($16.5 million). Pocket change to a company valued at nearly $200 billion, but as Schrems has said, “one has to start somewhere.”