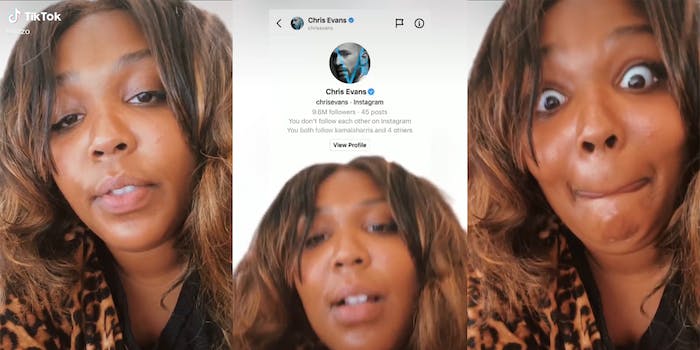 Lizzo drunkenly slides into Chris Evans’ DMs, gets a response

Lizzo took the plunge over the weekend: She messaged Chris Evans on Instagram.

Using audio originally created by TikToker Tatayanna Mitchell in early April, Lizzo lamented that she’ll never marry Evans, but took a shot anyway, sending him three emoji even though he didn’t follow her on Instagram. The caption: “Don’t drink and DM, kids.”

Lizzo followed up on Sunday night, revealing that Evans responded with, “No shame in a drunk DM. god knows i’ve done worse on this app lol.” (And he now follows her.)

Evans appears to be referencing an incident back in September, when he allegedly posted a dick pic to Instagram Stories, which then quickly spread to Twitter. This isn’t the first time Lizzo has brought up marriage with Evans (at least virtually).