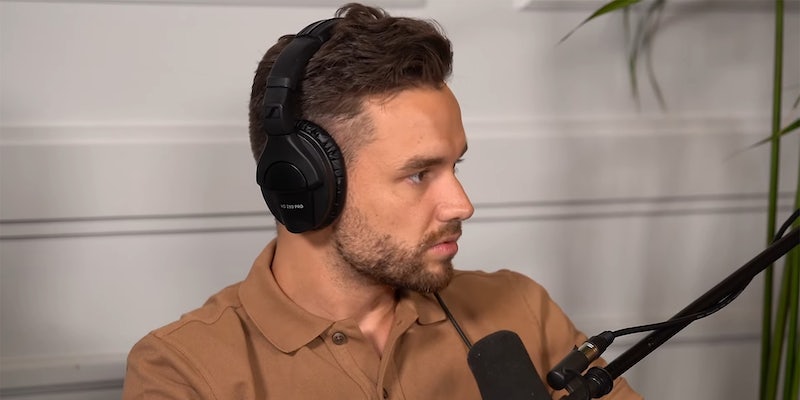 Louis Tomlinson and Zayn Malik were among those who Payne discussed.

Liam Payne is facing swift backlash from One Direction fans after he opened up about some of the members of the band, revealing some of what went on behind the scenes.

Payne recently appeared on Logan Paul’s podcast Impaulsive with Logan Paul after Paul brought up a time when Payne’s bandmate Zayn Malik was allegedly rude to his brother Jake after an encounter. The interaction started IRL but made its way to Twitter, eventually resulting in Gigi Hadid, Malik’s girlfriend at the time, calling Malik a “respectful king.”

“Then [Hadid] tweeted something about ‘get yourself a respectful man’ or something,” Payne replied after Paul explained the feud. “That one didn’t age very well.” He’s referencing Malik allegedly hitting Hadid’s mother Yolanda during an argument in 2021, which made Paul and the other people around them audibly laugh. (Malik pleaded no contest to the charges; he received 360 days of probation and had to take anger management and domestic violence courses.)

“There’s many reasons why I dislike Zayn and there’s many reasons why I’ll always, always be on his side. If I had had to go through what he went through—with his growth and whatever else…My parents are overly supportive to the point where it’s annoying at times and they don’t mind me saying that. Zayn had a different upbringing in that sense. You can always look at the man for where he is and say oh yeah, whatever, that guy’s a dick. But at the end of the day, once you understand what he’s been through to get to that point and also whether or not he wanted to be there.”

Payne also noted that while he can’t condone Malik’s actions, he understands and hopes that “at some point in their life the person on the other end of the phone wants to receive the help that you’re willing to give them.”

But Malik isn’t the only person from One Direction who Payne discussed. He called Louis Tomlinson “rowdy,” adding that while they get along great now, they “hated each other” while in the band together and nearly came to blows a few times. He also detailed an incident where one of the band members—Payne doesn’t reveal who—“​​threw me up a wall” during a backstage argument and only relented after Payne told him that the bandmate would never be able to use his hands again if he didn’t.

In another clip that went viral, Payne said that One Direction (which got its start on the U.K. X-Factor) was formed around him, based on what he heard from judge Simon Cowell.

The interview didn’t go down well with One Direction fans as well as fans of the band’s individual members. Some took the way Payne discussed the inner workings of the band as disrespectful of its other members, particularly when others chose to not discuss it.

Others pointed out the issues with Payne speaking about Malik’s upbringing (as the sole non-white and Muslim member of One Direction) with some going as far as to call out Payne’s hypocrisy after recent headlines claimed he cheated on his ex-fiancée.

It may have been about six years since One Direction performed together (and even longer for Malik, who left in 2015), but if the reaction to Payne’s comments is any indication, many fans won’t stand for comments disparaging its members, no matter how slight—even if it comes from one of its own.