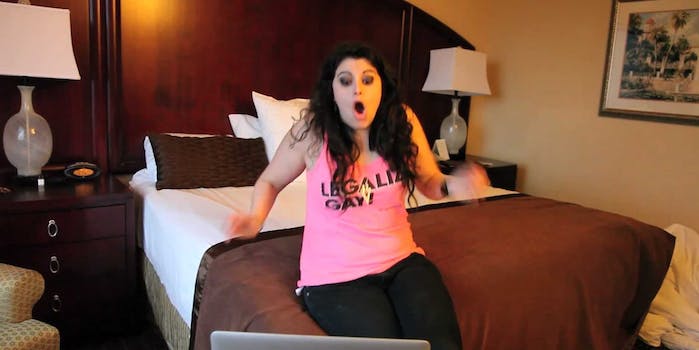 To prove this point, Davey Wavey—a fitness guru and gay YouTube user best known for asking gay men what they thought of vaginas, lesbians for their insights on the penis, and senior citizens for their feelings on gay sex—sat down several lesbians and asked them to watch a pornographic video of two ladies getting it on.

In addition to dispelling myths held by clueless guys and being all kinds of hilarious, Davey Wavey’s video is full of wonderful insights for your typical, heteronormative male. We’ve listed the best of them below.